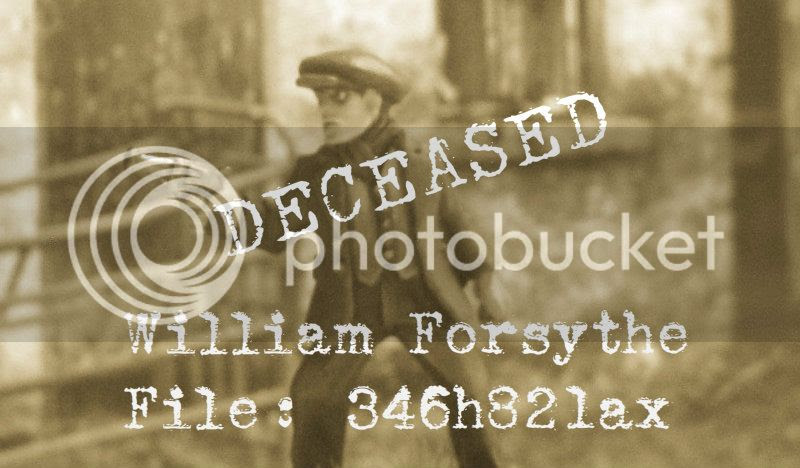 In my last game of Strange Aeons, we rolled Treasure Hunt. That evening was my team's second game and at 16 points, it seemed like I would be able to cruise with a good chance of winning. All I found was death and sorrow (which includes the Burger King stop on the way home).

I don't have many pics because the game was over pretty much when it started. I played T, Pete and Trish's teenage son, whose pseudo-indifferent ass-beating style both enrages me and leaves me in awe. The sides:

So William Forsythe III met his doom at the paws of a frantic Night Gaunt, trying to intercept a coup de grace when Agent Petri was laid low by the grey daemon. They never once tried to find the artifact, they were too busy fighting the Night Gaunt that crossed the board at tickle-speed. While Agent Petri recovered from his wounds at a Massachusetts hospital (at taxpayer expense) the Forsythe family had a second burial in as many weeks, the previous being Williams father, also an archaeological professor, murdered by their maniac butler and secret congregant of the Church of Dagon, Wannamaker. A strange symmetry was at play in the Wannamaker family too, as his brother, a Threshold conscript, died to a Formless Thing on the old Hetfield place. The slain officer's wife has joined Pete's Threshold team, eager for revenge for her husband and absolution for her brother-in-law's insane evil.

Somewhere in his office deep in the Northeast safehouse, Agent Connery stared at his twin .45's and obsessed over the dread he was feeling about ever firing them again and how different things would be if only he squeezed those triggers at ol' Hetfield's place...

So, 1 win one loss, Petri has a full recovery (but with facial scars) and Connery has Ballistophobia. Just another day at the office....