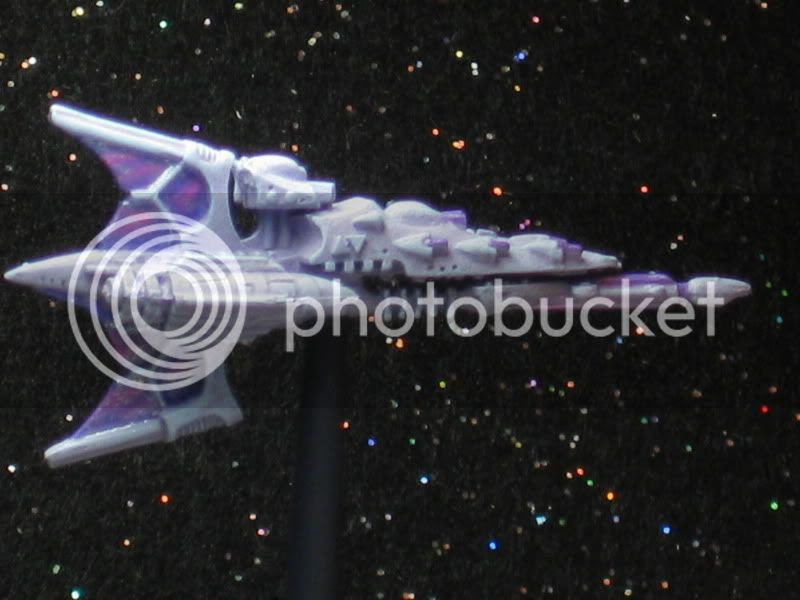 Well, the color matching went well on the Battlefleet Gothic Eldar ships (see Eldar Abyss 2, below) and then I added the iridescent tinting medium to the sails, expecting that would pull it all together. I'm crestfallen. I think the medium would probably do its job best when mixed into the paint instead of a skim coat. As it stands, it is a subtle effect and really understated compared to the pop of the bright green sails. I'm still leaning towards the purple scheme though. 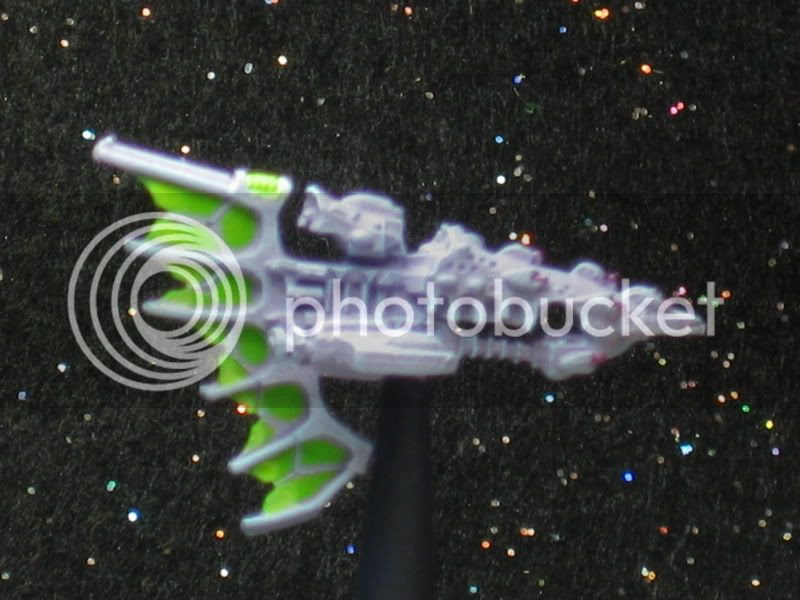 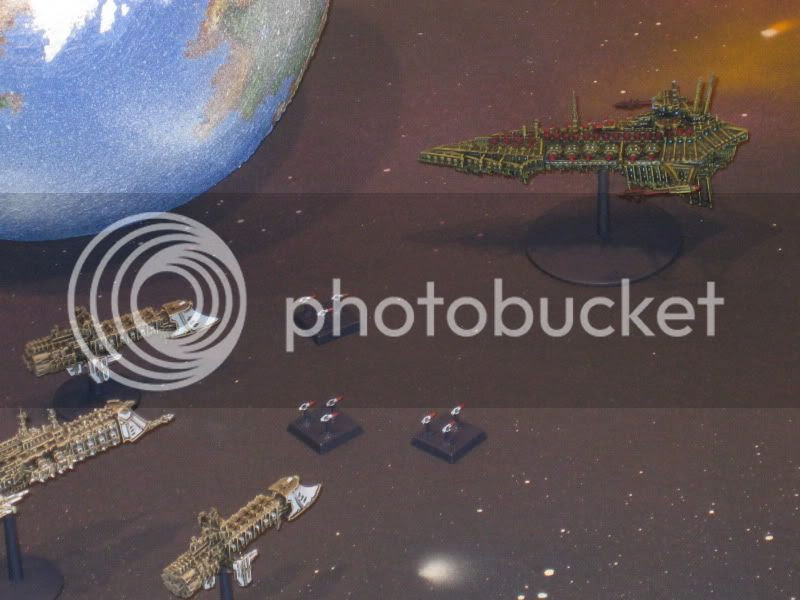 I got my hands on some first-gen BFG ordnance sprues which I think may have been early versions of Chaos fighter craft, as they were shown in the first Warp Storm and seemed lined up as a flight of fighters, not torpedoes, in the picture. The casts were so bad I just turned what I could into torps for the game. Nothing fancy, but nice to have. 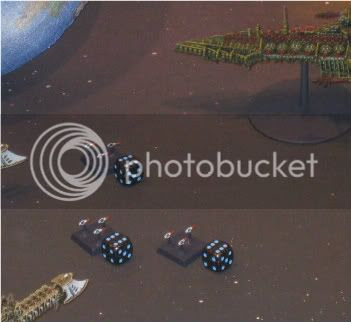 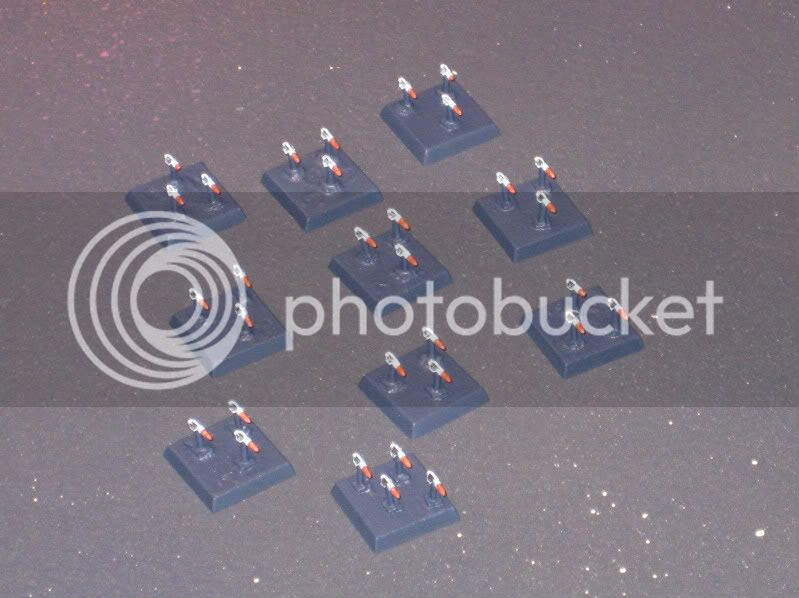 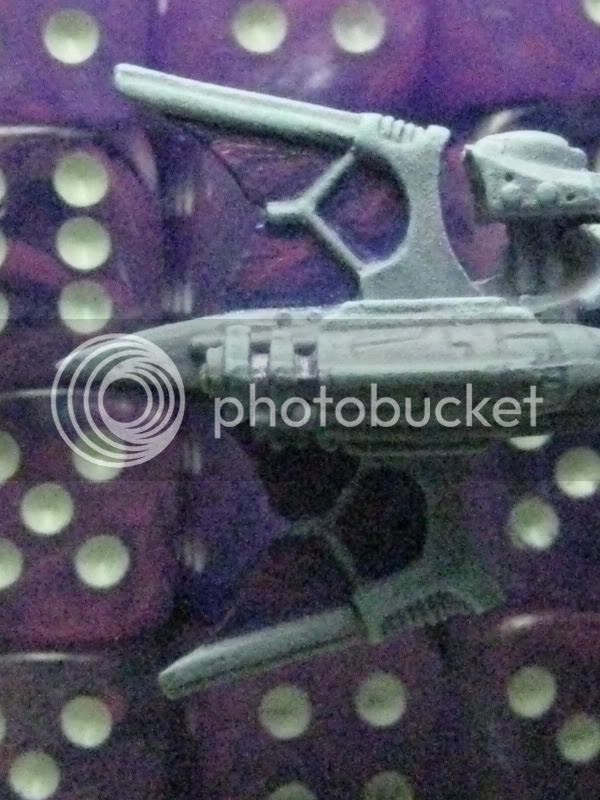 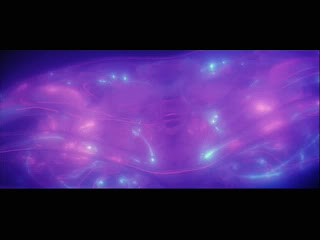 I had originally intended that my Eldar ships look like the "UFO's" from The Abyss but by choosing green for the solar sails, I moved away from that. While looking at the Necron fleet sitting in a box I realized that I had crossed the streams, so to speak, in using GW's Scorpion Green with the Eldar. I was planning on using that for "Necron glow" when I paint the 'Cron fleet. 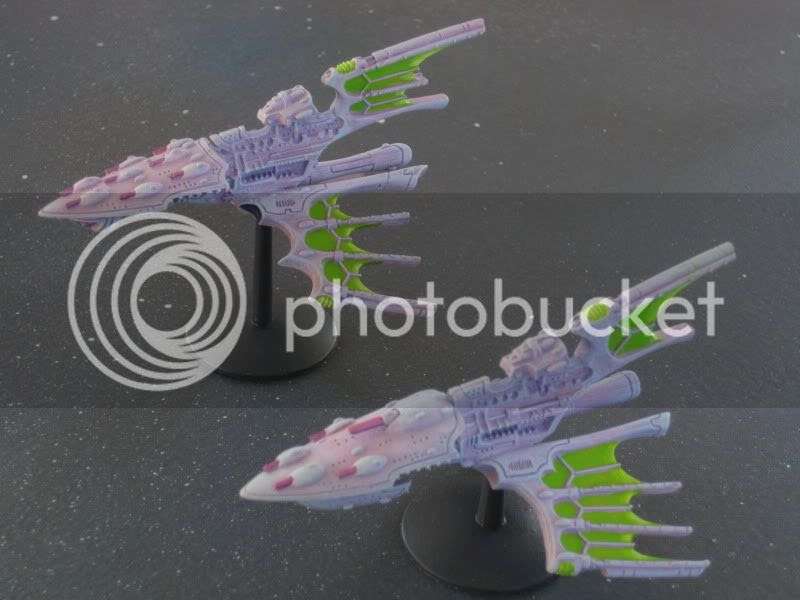 My buddy Joe knows that I have this obsession with finding dice sets that match my army color schemes and true to form, I picked up a cheap Chessex set that matches my Eldar fleet scheme well. Seeing the purple/blue/mother-of-peal dice was a hint to maybe try and tie the scheme back toward The Abyss. 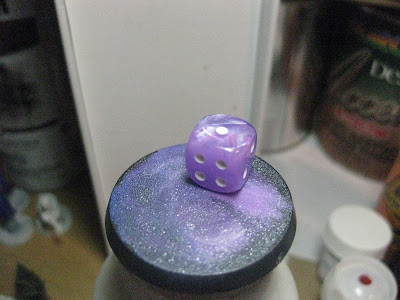 To that end, see the color matching tests I did off of the Chessex dice above. It's a tricky match because you have to get the tones right one level up on the value table, to account for it coming down again when I add the iridescent tinting medium on top, which adds a lot of sheen and that mother-of-pearl look. I'm going to do up a test Eldar frigate in the paint method above but then paint the solar sails in these matched colors instead of green and see what it does for the overall look. After that test ship is done I'll post it and you guys can let me know which you prefer.