Pete and Trish toiled through the weekend detailing the rooms and adding furniture to their impressive mansion for our games of Strange Aeons. Here are the awesome results so far. I think they have some doors and small details left on the top floor but it's very much there. Enjoy! 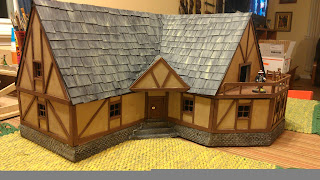 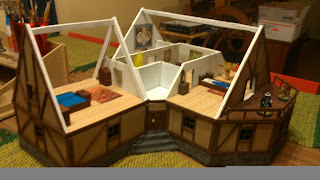 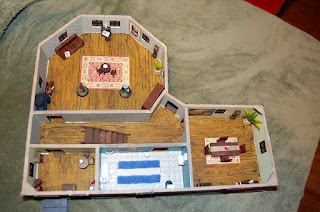 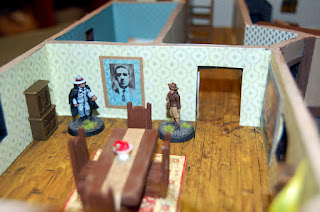 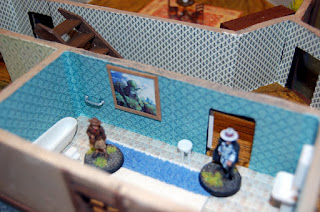 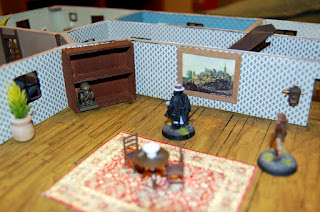 In Strange Aeons the antagonists (Lurkers) can rock out some templates of terrain that messes with the mind of humans on the board. The rulebook gives you a lot of room to do what you want so go ahead and show mass mutilations, clutches of monster eggs, zombies breaching the lawn, portals to the outer dark, the local DMV. It's an open page. The stone steps are just foamcore carved into blocks and two metal GW skull pillars. The girl is an old Dark Eldar slave girl (who I think was supposed to be a Sister of Battle). 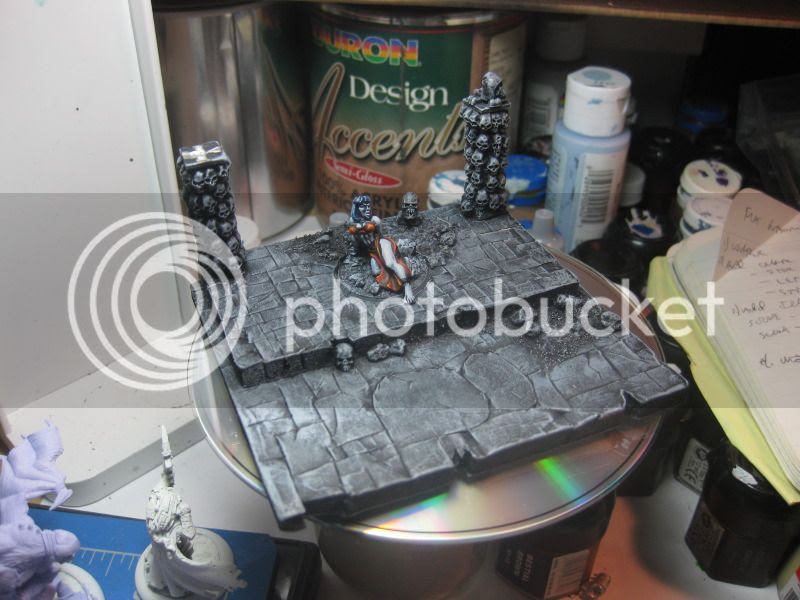 I forget why I had built this many years ago, for a Mordheim Vampire game I think, but it seemed a good fast track to a scene of horror so I'm glad I stored it away for another strange day. The rulebook says a CD-sized template is what you use, so I mounted the piece on there, will add texture paint, maybe put some banks of candles and pentagrams on the pavers and repaint the victim/hostage/cultist/whatever-she-is. Yes, she can be removed and her standard-sized base can be replaced by an idol or something else appropriate.
Posted by Yeti's Yell at 8:23 PM 2 comments: 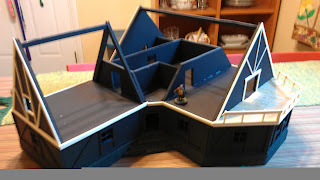 My Strange Aeons buddy Pete hit the ground running, with this imposing scratch-built house for us to eventually use in our games. Not sure of the name of the Threshold agent upstairs but I'm sure he is happy that the witch hasn't appeared out of the ceiling corner and asked for the rent. 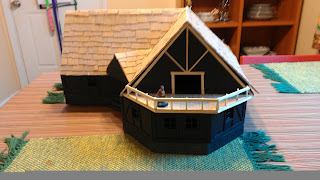 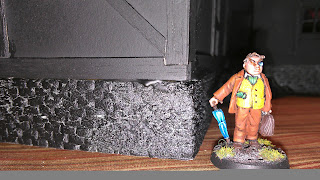 Strange Aeons: The Stars are Right 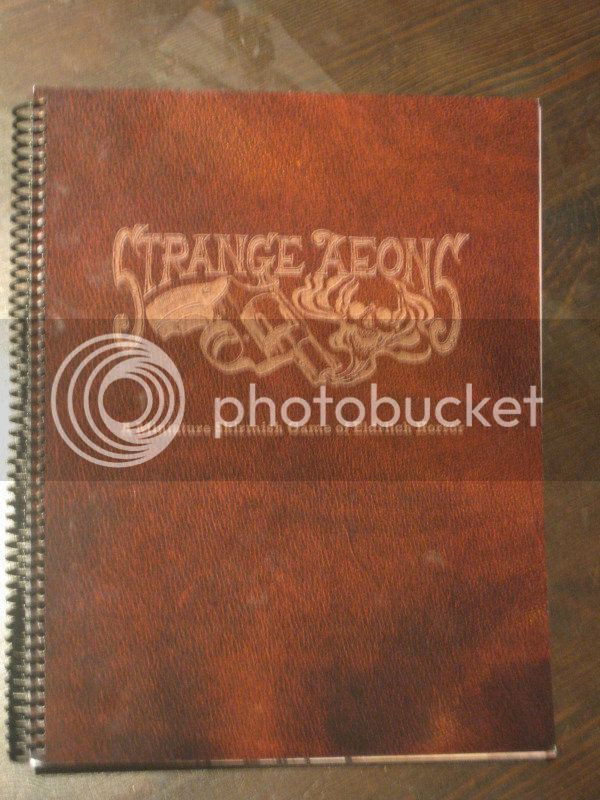 My buddy Pete and I are starting off into the land of Eldritch skirmish with Strange Aeons and I couldn’t be gladder. He dropped off my copy of the excellent rulebook Strange Aeons, had a fine McSorley’s ale with me and we hashed out some plans about some joint projects in the land of fishmen and .45’s.

Pete is a huge pulp fan and has been painting everything from pirates to spacemen to cowboys for some time. Since he just finished school he has time to delve into something new and me, well, I won’t miss out on 1920’a era agents fighting Lovecraftian horrors despite me being a senior in what hopefully is my last year as an undergraduate.

So, we are starting into the game with a decent amount already done, since we each own terrain and figs suitable for the game. That said, we have some some things to do since we want to do this right.  The beauty of the game is you are free to use pretty much whatever models you want from whatever ranges you want  as long as they are accurate in depiction. 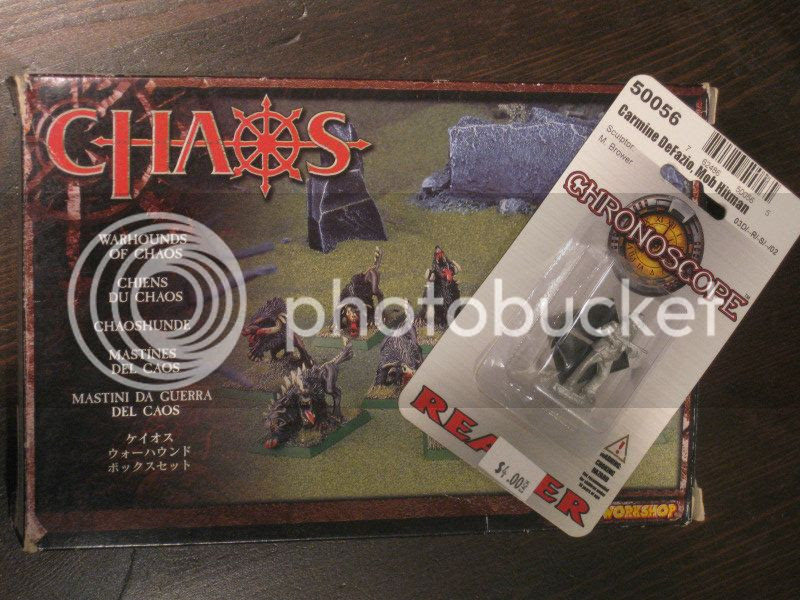 I’ll be using some models from Ral Partha, GW, Privateer and whatever else I can lay my hands on. To that end, here is my task list for the immediate future, based on people and creatures from the rulebook:
Stay tuned for some WIPS, batreps and general mayhem.