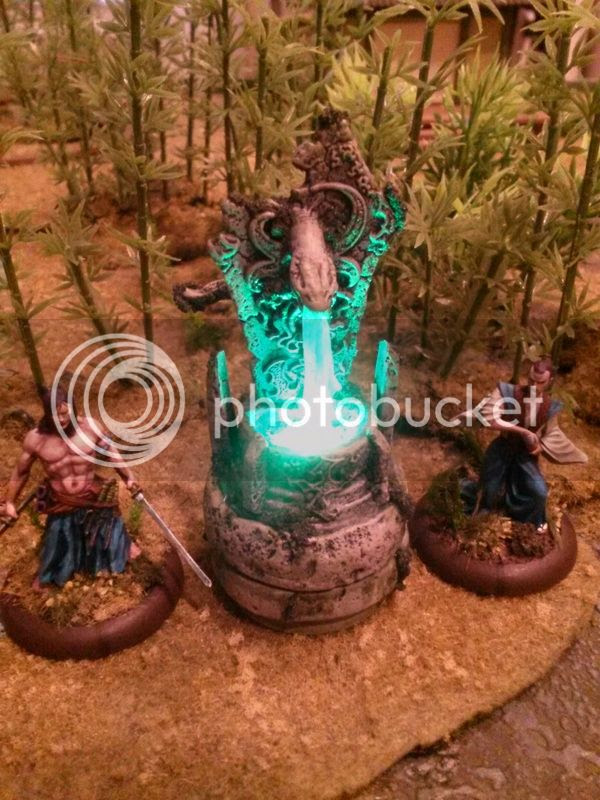 Since GCT has not made models for their excellent faction deck Terrain elements yet (to my knowledge), I made one myself. I used a BONES fountain and a WoW snake I picked up at the FLGS, Redcap's Corner for about US$5.00 total. 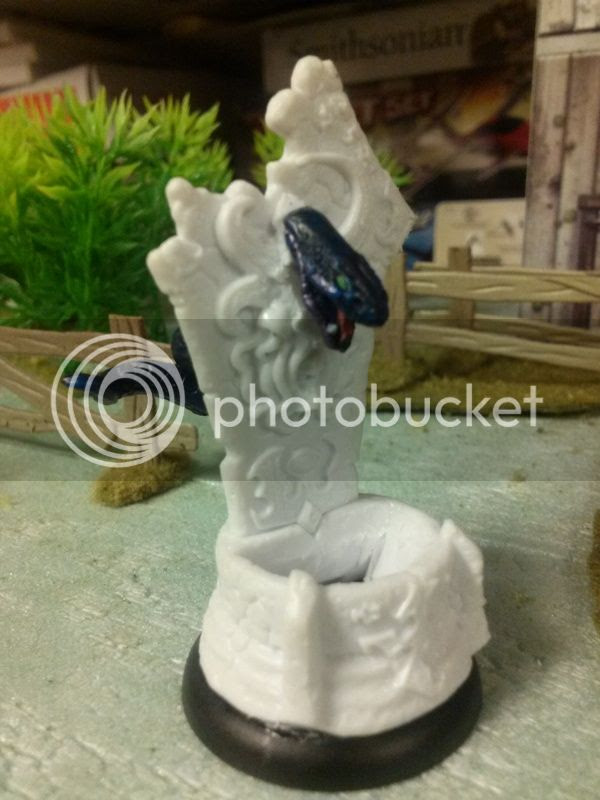 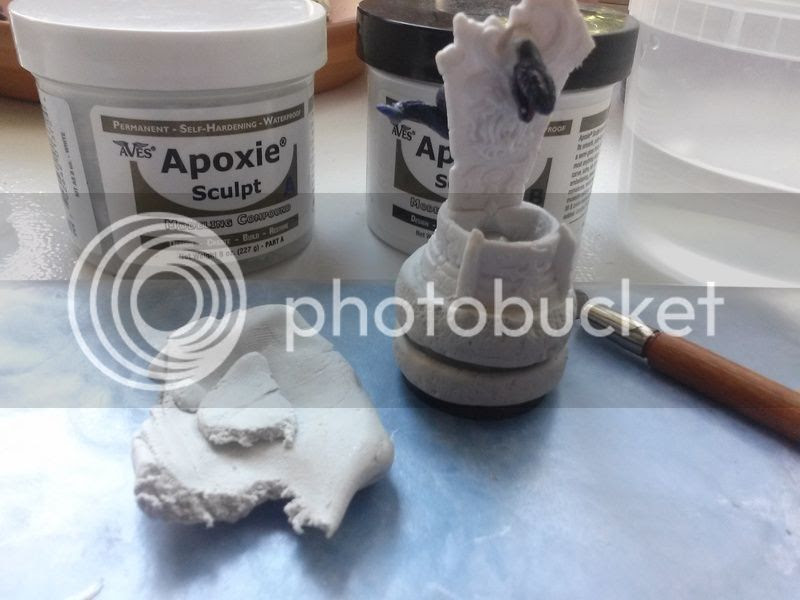 If you know the original models it is clear what I did. I had to carve out the basin so the LED light can show through the resin and I added two pillars on either side of the base to continue the vertical style and also catch some of the glow. 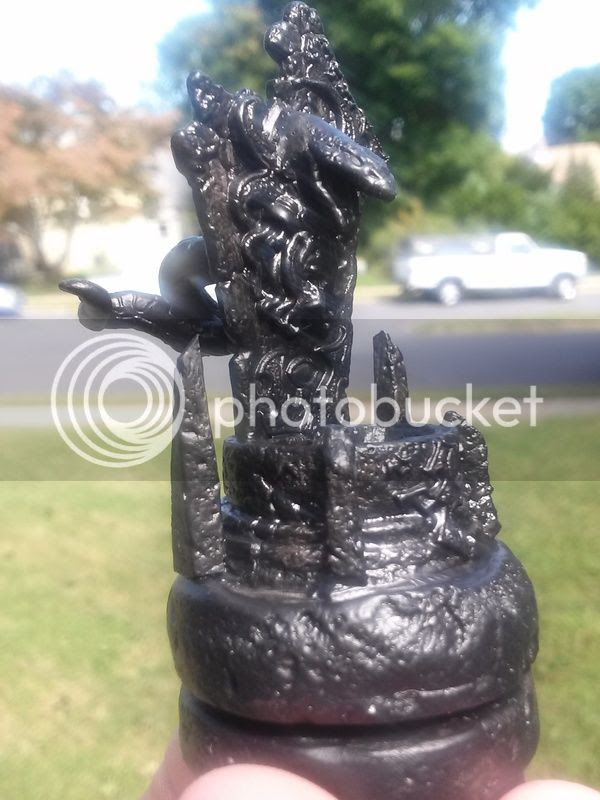 I finished it with the same painting as I used on my scratch-built objective tokens with the moss treatments. 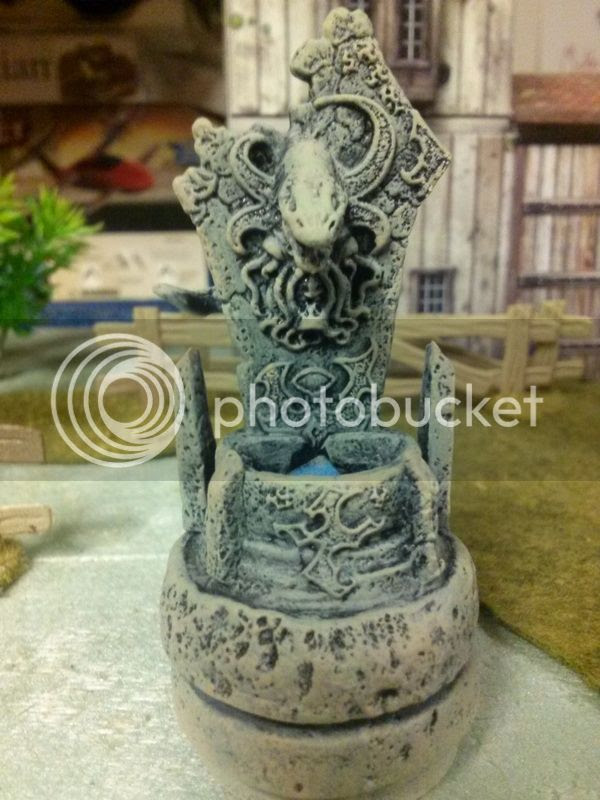 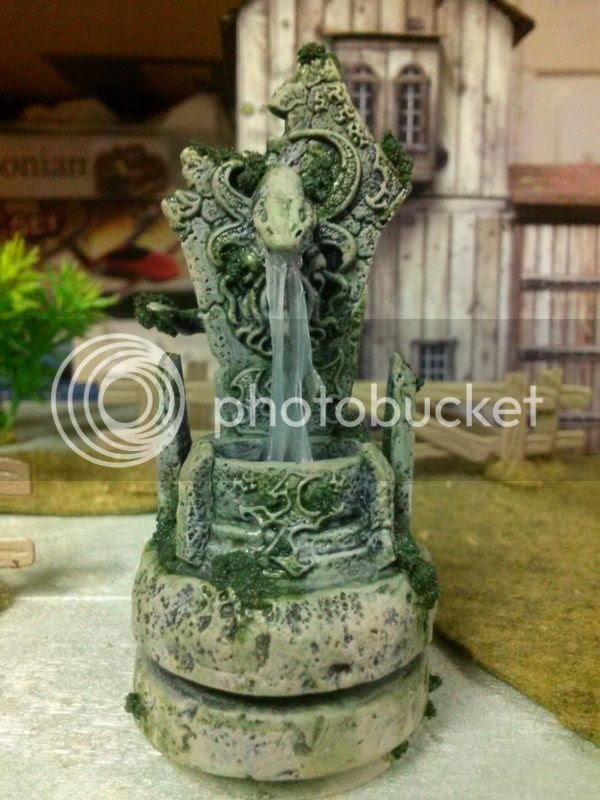 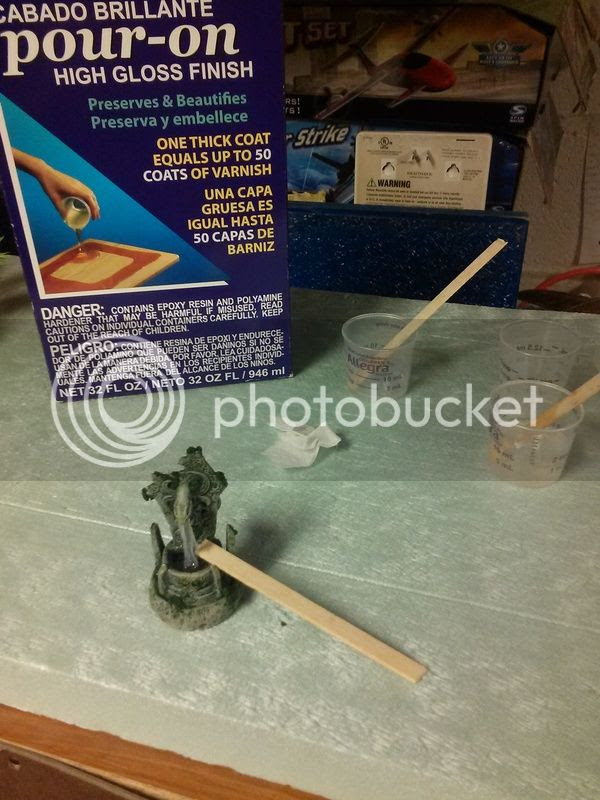 The stream of water is silicone teased out on wax paper and then attached to the mouth using silicone again. The basin is filled with Envirotex resin, untinted. The bases are two parts of a LED tealight that I covered with Apoxy Sculpt and textured by rolling the fresh putty over stone pavement (same for the additional pillars mentioned above.) 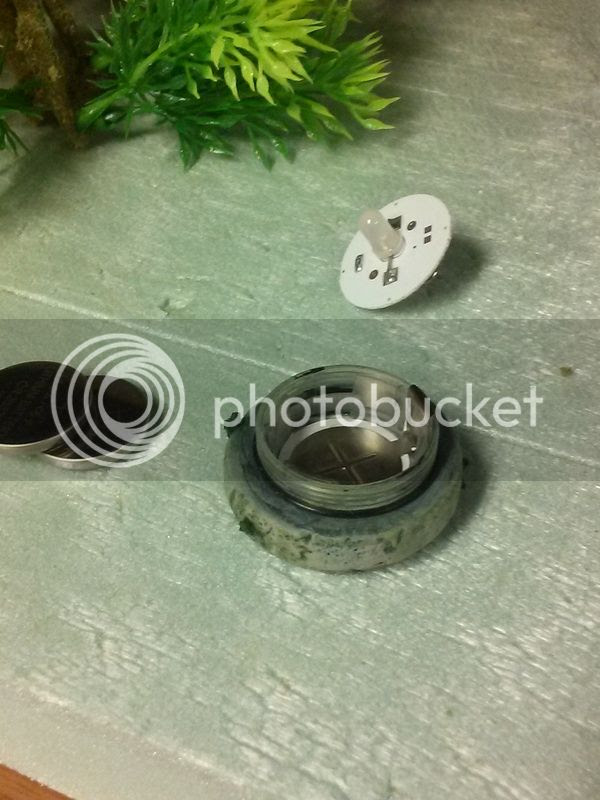 You can still twist the LED halves to activate it or if you don't want a glowing fountain, simply remove the bottom and LED underclasp light for a smaller, "normal" fountain. 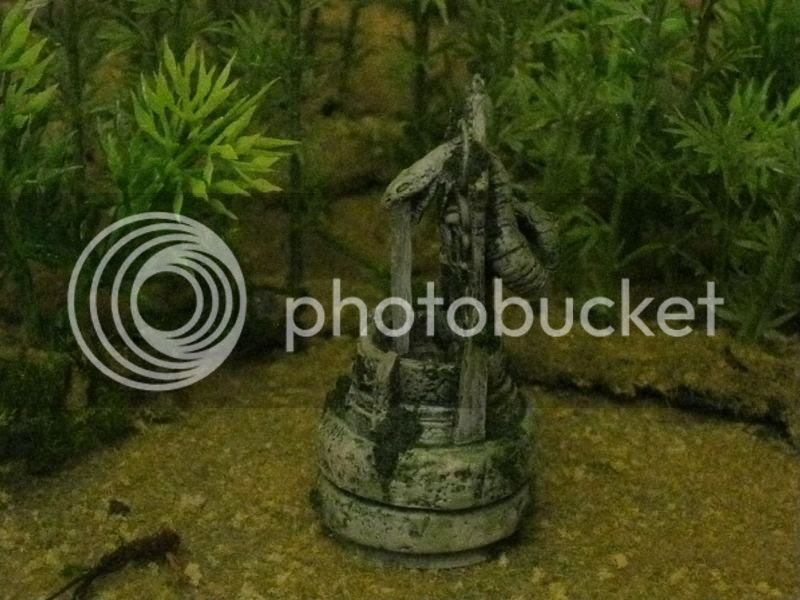 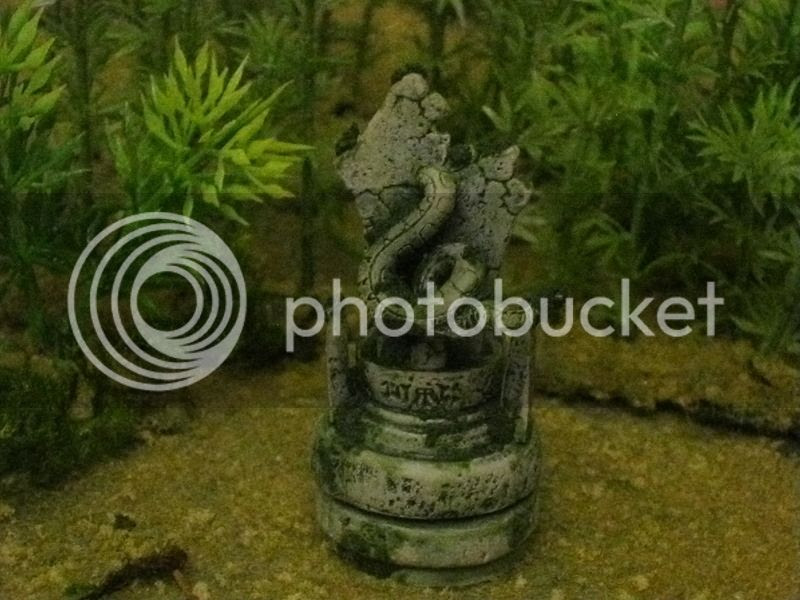 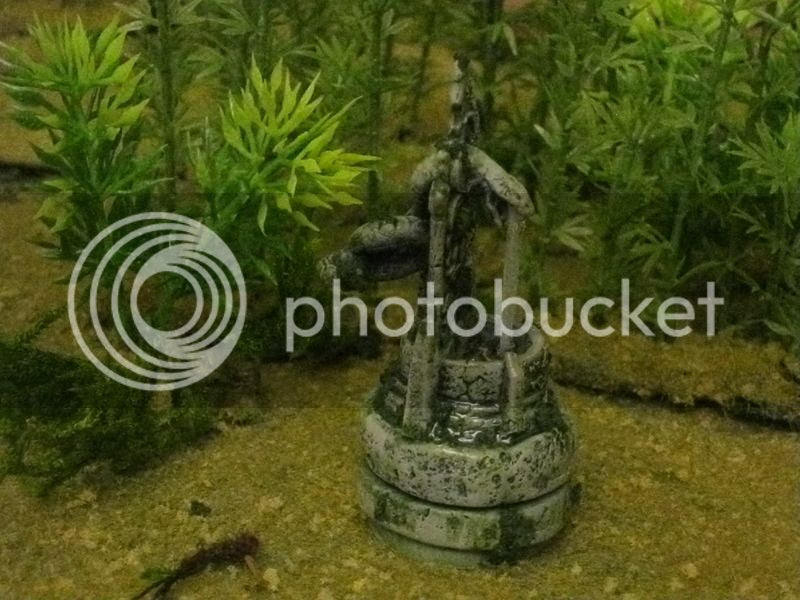 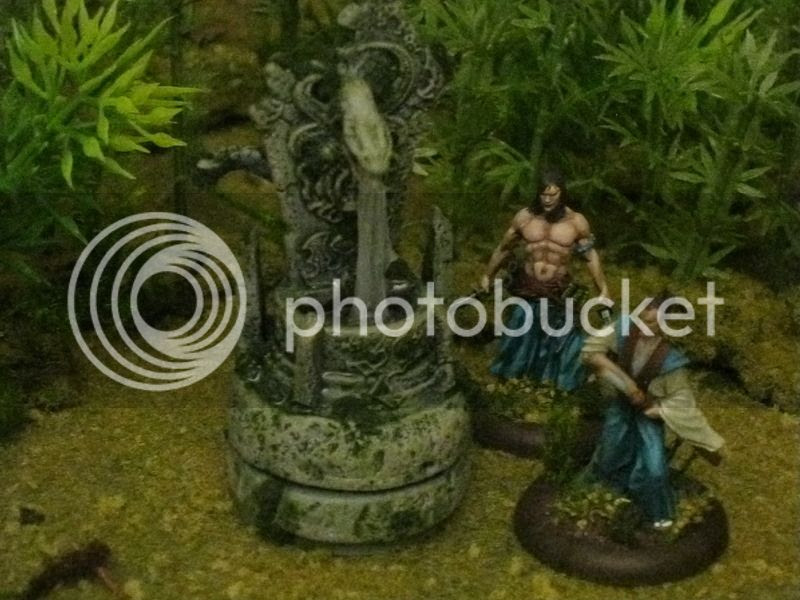 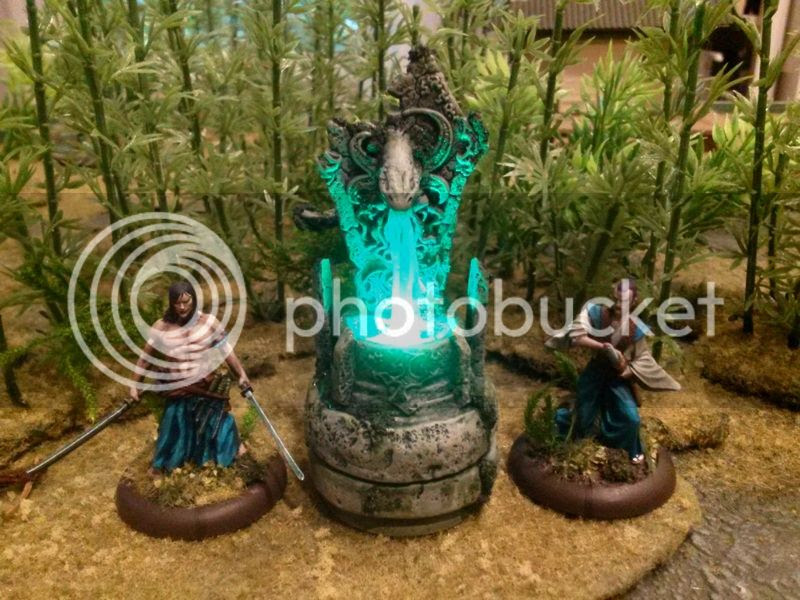