This guy is my brother from another mother. He saved me from having to write one damned thing about SWXW miniatures game. A great blog on everything related to our beloved dogfighting game... be that tactics, lists, star field building or just screwing your head on straight about what matters when playing with widdle star fighter models... she's got it where it counts, kid.

Tell him Yeti sent you. He won't know who that is but he may nod his head to appear polite.
Posted by Yeti's Yell at 4:36 PM 2 comments: 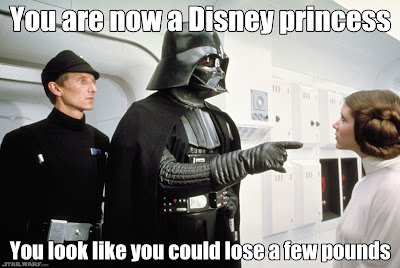 If you are interested in the Star Wars X Wing Miniatures Game (SWXW), BOLS has a decent write-up on it, fairly objective and to the point. This is much better than the last SWXW write ups I've seen on BOLS and is worth a look over a cup of tea.

Check it out here: http://www.belloflostsouls.net/2013/05/x-wing-first-impressions-battle-report.html

I intended on posting my own review by now but that is probably not happening until after graduation (3 weeks). By that point, who really cares?

One point to share: I do wonder if the next Star Wars films will give SWXW new ships for the game... my guess  is yes, but that isn't based on anything but a hunch. I hope that episode 7 keeps close enough to the aesthetic of our beloved classic ships that the perhaps-needed expansions flow without any visual speedbumps. Maybe that's unavoidable?