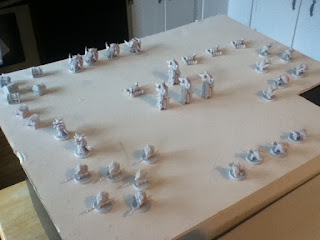 Just a fast update on SDE efforts... since the kids have taken a shine to it I guess it's time to paint these guys up, so first batch is primed.

Gotta say, 100% loving the sculpts but hating the vinyl material they're cast in for clean up. I missed so many mold lines first time around that when I primed them I kicked myself in the face when I saw the flash. So, out came the razor again and... just damn.

I decided I'll paint this box with little variation from the cards, while my cousin-in-law John paints his own box up in different schemes. That will work out well, if and when we combine sets. 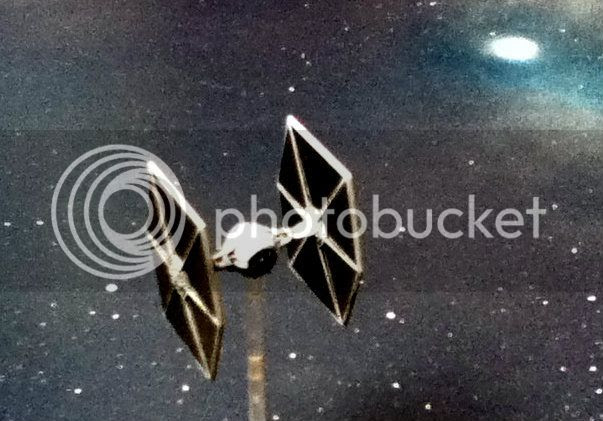 I inadvertently had a game-filled Sunday, and not with the typical hockey and football, which was OK, given the pathetic start to the season for the Flyers.

I went to my buddy Pete's for some Strange Aeons but when I got there his family was still playing a Warhammer Historicals Western game, Legends of the Old West... cowboys vs lawmen. The lawmen managed to rustle off the cowboy's herd to a great extent. Interesting to see scatter dice controlling livestock on the board... steering steers? Awesome game, added it to the punchlist.

So, more skirmish through Strange Aeons didn't seem to our collective liking and we tried a board game instead.
I finally played Mansions of Madness! It was great and we actually won! This is a big deal, because I've owned a copy for a year and never played it, intimidated by the set up and rules but dying to play it at the same time.

Pete controlled the bad guys, running a maniac around the mansion as the house reacted to our heroic presence... but instead of attacking us the maniac just took samples of hair or whatever maniacs take, and kept running back to the basement. The heroes chased after him and explored the mansion at the same time, solving puzzles, picking up items while detecting clues all while slowly going crazy in the dark.

At one point we swear Mcginn tommy-gunned a maniac to death at the top of the main stairs only to have the maniac reappear later, snatching another lock of hair from the heroes. Pete managed to get the maniac's two offerings to the elder gods and a Shoggoth appeared in the cellar and rampaged up to the first floor, trying to escape the mansion. We stopped it at a choke point on the grand staircase, bullets flying everywhere, but most of the damage was done by the old professor's magic spell Shrivel. Since we had discovered the right clue in time, the heroes were able to win the game. It was just great. 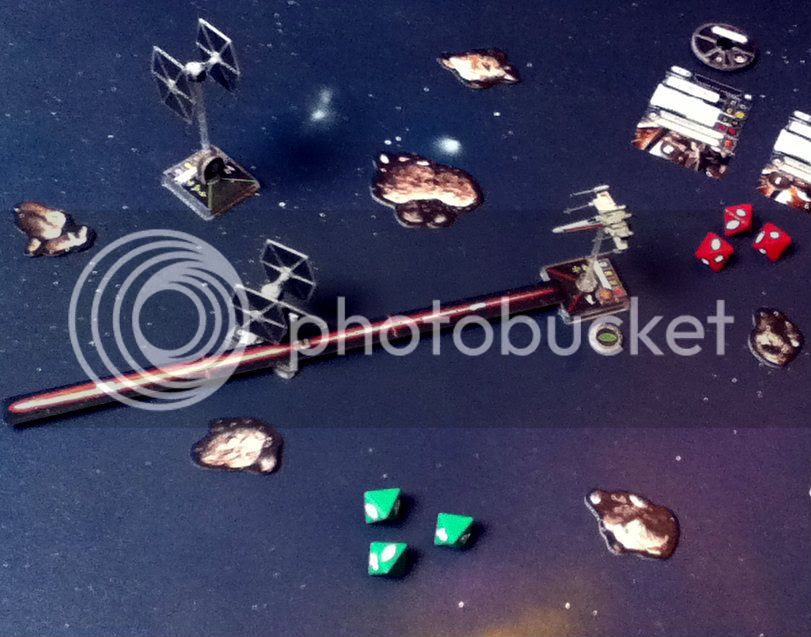 Then I go home for awhile and my cousin Patrick calls, asking me to come over. I went to his place and I showed him Star Wars X Wing for about 30 minutes, which he did not seem enthused about at all, which was odd, given we fledged together in the same Star Wars nest as kids. That, and most of the miniature-game tactile overhead that boardgamers resist in mini games seems missing from this game. Perhaps he is better at staying conservative with a few games instead of being promiscuous, game-wise, as I seem to be these days. I think he isn't convinced about the fact it's just dog fighting.

A short but legit session done, I packed it up and we discussed Memoir '44, some of the missions from the new Equipment Pack (which is awesome) but Pat and his wife Colleen got Elder Sign for Christmas so we stopped fooling ourselves. 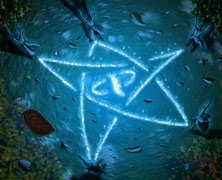 After their sons went to bed we played Elder Sign.

After being behind the Doom Track for most of the game, we finally caught up with 8 Eldar Signs at the 11th hour. We then managed to seal Yig away before it awoke but it was a close, hard-fought win. Nobody died either! That was some kind of record for me, for this game and the number of different games in 24 hours.

So in one day, three Fantasy Flight Games were played, which means something, just not sure what.

I've been saying for the last few months how impressed I've been with Fantasy Flight games, as Elder Sign & X Wing managed to displace a long-established habit of steady Memoir '44, 40k and Warmachine. Perhaps it was due? Perhaps it is part of this complete breakfast.

Anyway, it was a blast and maybe I'll have a review of X Wing up soon.
Posted by Yeti's Yell at 1:12 PM No comments: 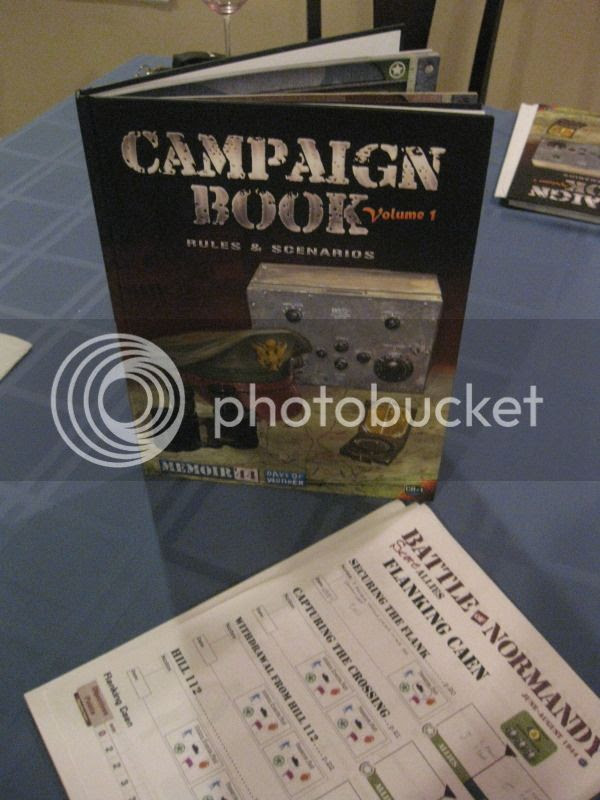 After "Capturing the Crossing", Patrick and I continued along the first leg of the Memoir '44 Campaign chapter, The Battle of Normandy, which spans from June 25th through July 11th. To date, my Allies have not won any of the 4 missions in this chapter.

The 3rd mission of the 4 was Withdrawing from Hill 112, which we played a few months ago. I didn't bother with a write-up since it was a total drubbing, the Allies being trounced and routed before Patrick's Germans in short order. I'd like to say that our fight could've gone both ways but it just seems like Patrick's Axis had some strategy and paired tactics in mind that were executable, while I did not. Thus ends 3/4 of the chapter and the end to Operation Epsom.


At the time in 1944 when Hill 112 happened, Monty was trudging through Operation Epsom, The British 11th Armored division meeting the German 9th as well as 2 SS formations of the 10th and Das Reich. In real life this battle and the following were gains of attrition over real estate, that swapped land owners more times than can be told and saw thousands upon thousands of casualties (which recreates itself in our fight, given that figures are percentages of unit strength at map scale).

While my Allies never won a mission so far, and ended up low on the medal counts as proof, the feeling of expensive victory came through; my performance was certainly the example of how bad things could have went for the Allies as they fought inland.

After Withdrawing from Hill 112 we were set for a return to the Cornwall Wood, Hill 112 and the opening fight of Operation Jupiter, a 6 medal game. 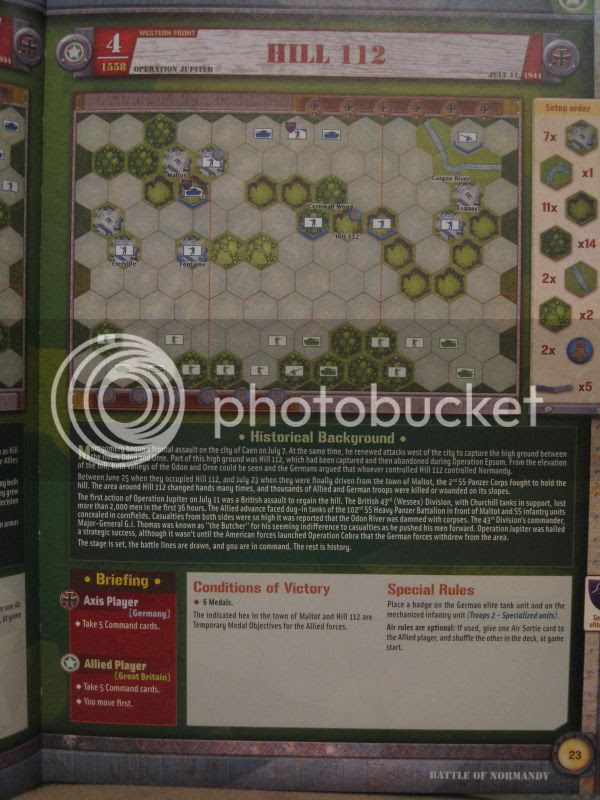 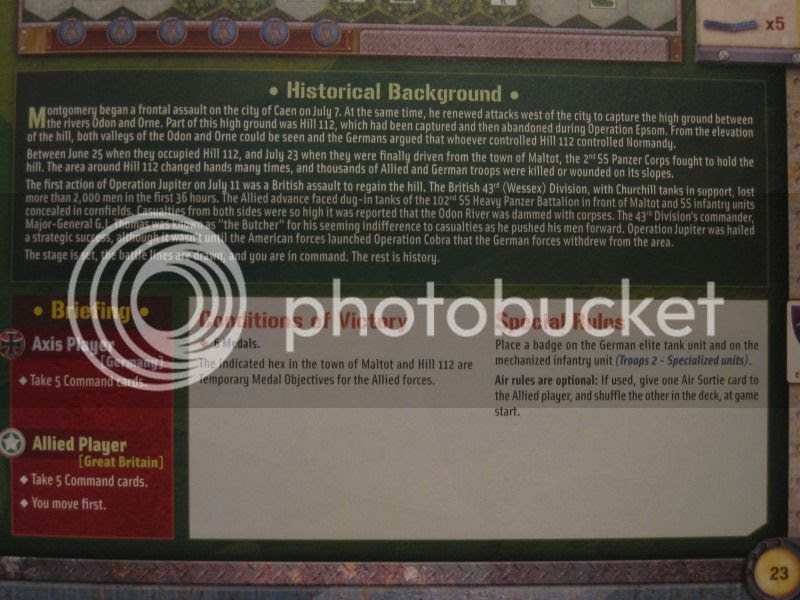 So, following the campaign tree, the Allies have one more chance to shore up their French countryside before the next chapter in the campaign. On to Hill 112...

·         Axis Results: Remove 2 Allied figures of Axis choice, Pat took one tank and an artillery unit from my British units.
·         Allied Results: I removed 1 figure from the 102nd heavy panzer battalion at Maltot, one less Axis command card to start. 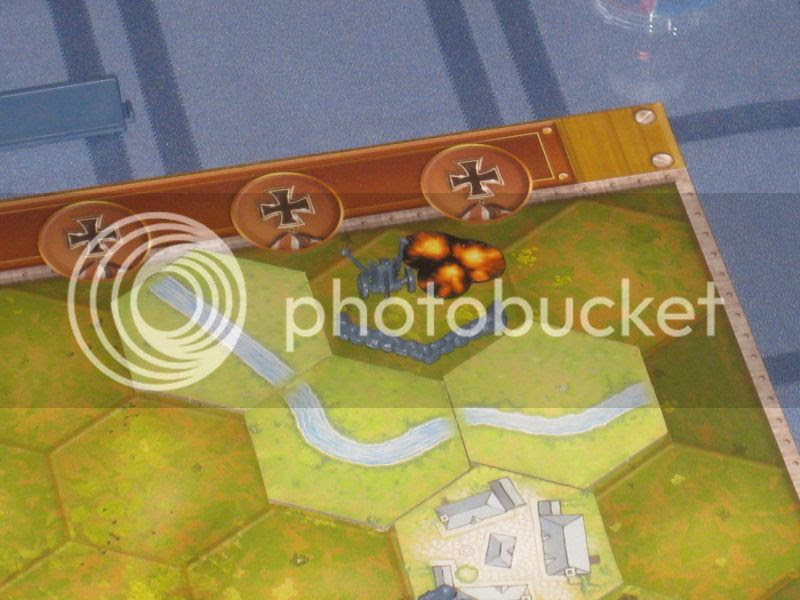 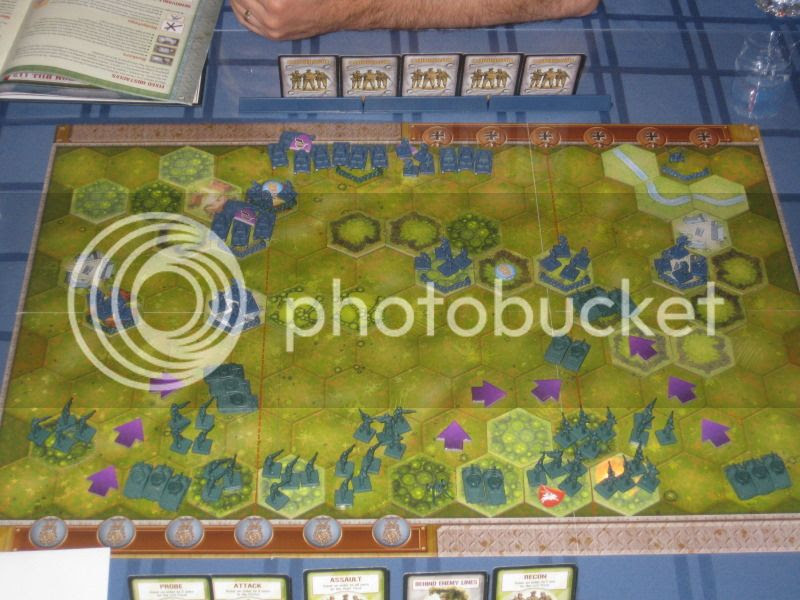 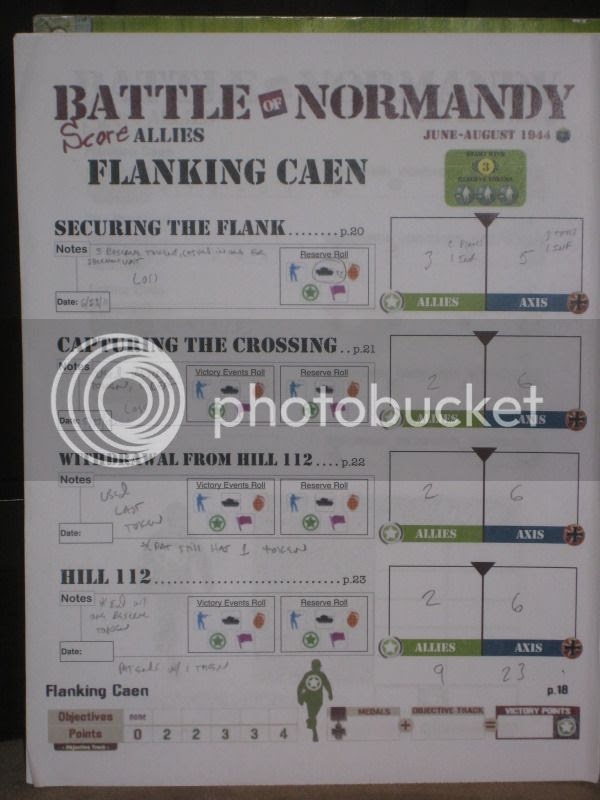 Well, the Allies didn't win one game (of 4) through the "Flanking Caen" chapter. Although the Reserves and Victory Events rolls coupled with the Grand Campaign rules really added some depth to the standard Memoir '44 game, it still came down to execution, as is true for all things.

As the Allied player I am comforted by the fact that historically, Allied victories over this historical time period (which I missed repeating here) saw victory on a knife's edge for both sides. While Pat essentially floored the Allies, he didn't roll over me. A combo of bad Allied luck offset by good Allied strategy (but bad tactics) plus German determination (Degermanation?) resulted with the both of us empathizing with the slog both sides saw in Europe over the summer of '44, which I think is a goal with this game. All-in-all, great games so far!

Stay tuned for the next chapter, the Allied push to Saint Lo, July 11th 1944!