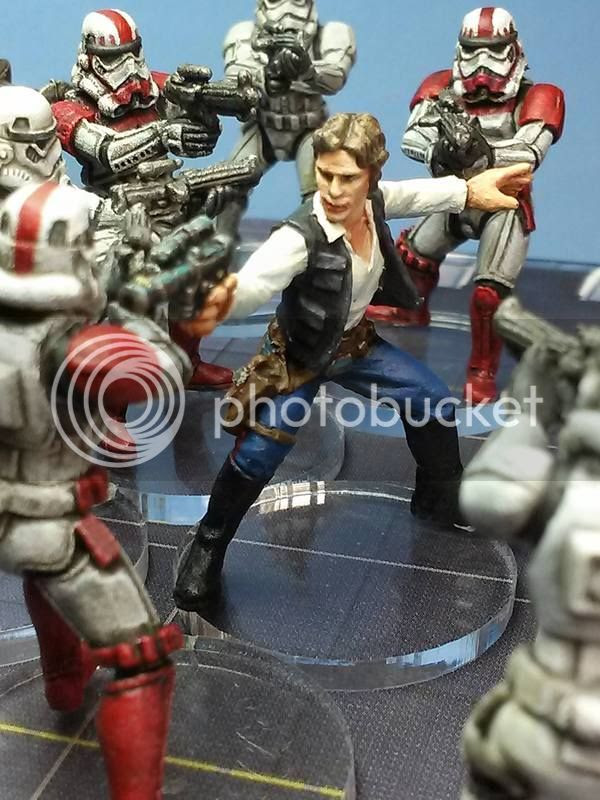 So here is what's great about Imperial Assault from the hobby perspective. The figures have good sculpts and really benefit from some paint... they pop on the board in a really satisfying way. While you can adjust poses and bends with hot water, it doesn't really pay to clean up the models in a complete way that is slightly alarming to a seasoned mini painter; the material is just really hard to work with and trimming flash is like failing a sobriety test. That said, it leaves you in a cool place to challenge yourself to paint fast and try new things since there isn't much to be done about the material used.

With that in mind I have been letting the campaign dictate my painting schedule and so, as we progress through the campaign I usually tackle a few minis a week. For the side mission, "Sorry About the Mess" I needed Solo and an Elite Stormtrooper unit done up. So I simply put them on the table ahead of the impending game and knocked it out.

There is a ton of source material to paint from and that has been a ton of fun for me, instead of the usual fretting about designing color harmonies and sourcing or mixing colors. For the most part, I toned stock colors and built up highlights again. 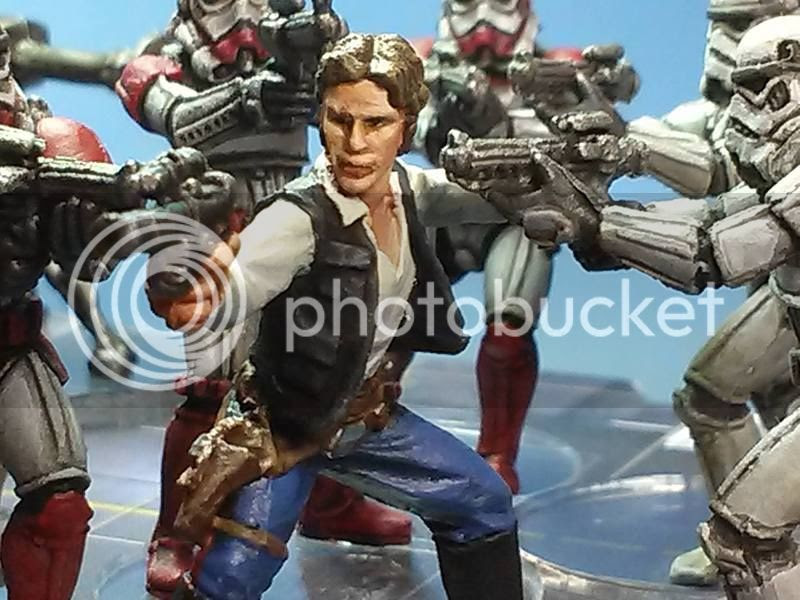 I had about 2.5 hours to paint Solo and about another night to get the Elite Stormtroopers-Shocktroopers finished. In all, a ton of fun and they look the part on the board. The only real issue I had was the humidity was bonkers in Philly, so the Troopers and Solo got a bit frosted when primed.

Again, I threw caution to the wind and just got it done... pretty happy with the speed and outcome and I am knocking out a handful of figures every week. I have more Stormtroopers on the table along with Kayne Somos and I am mostly done the box set. I will be done the entire box set plus multiple expansions by mid September. 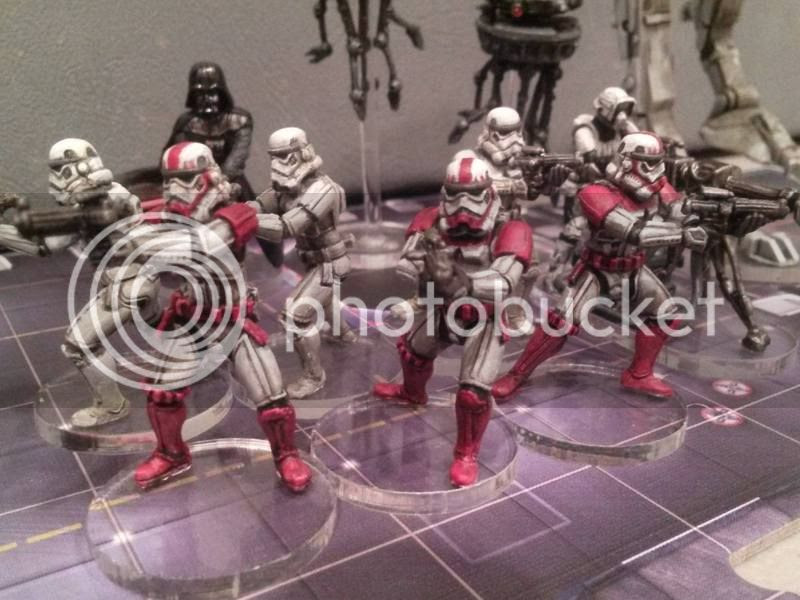 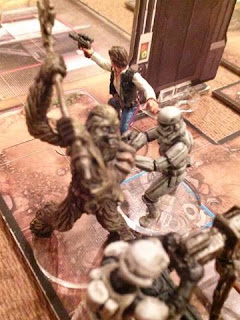 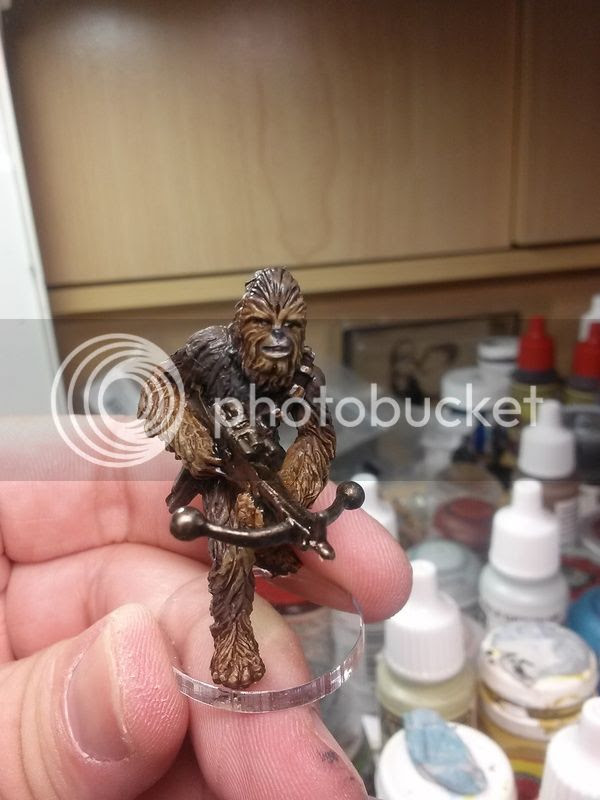 My game group played The Spice Job mission Saturday, so I painted Chewbacca up Friday in anticipation. Many people are saying that painted models win games, so it must be true as Chewie was a walking carpet of destruction in the game and seriously fun to paint. 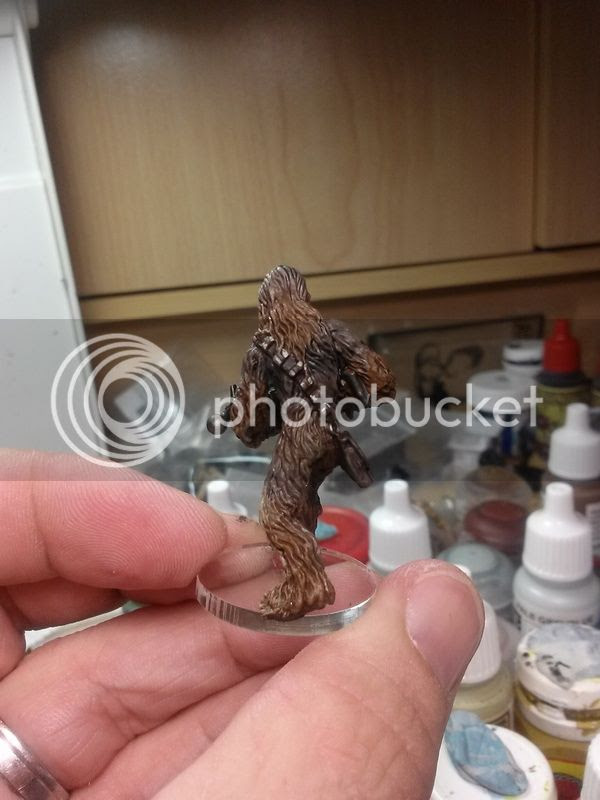 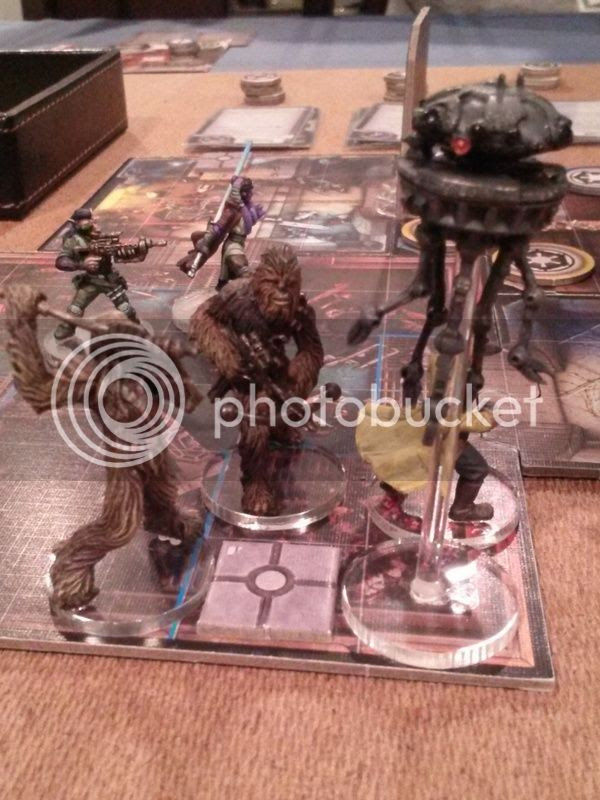 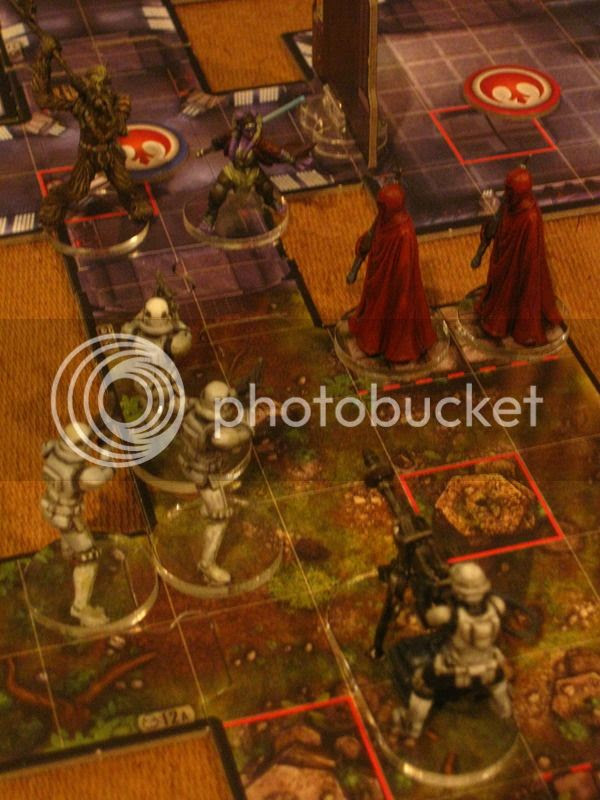 Here is some more painted Imperial Assault I have been working on the last 2 weeks for our ongoing campaign which I am running with my cousins and my son. These sculpts are fun to paint and have decent detail but clean up could be a nightmare with flash if you are counting on making these showcase paint jobs. So, don't bother. Color adds so much to the game and a tabletop painting standard is more than enough to bring it to life. I added Litko clear bases too, which I really like on these models. I used a jeweler's saw to remove the figures from their bases. I'll close this post with a few other in-game shots. 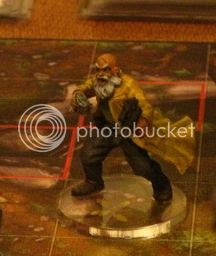 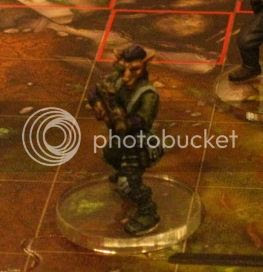 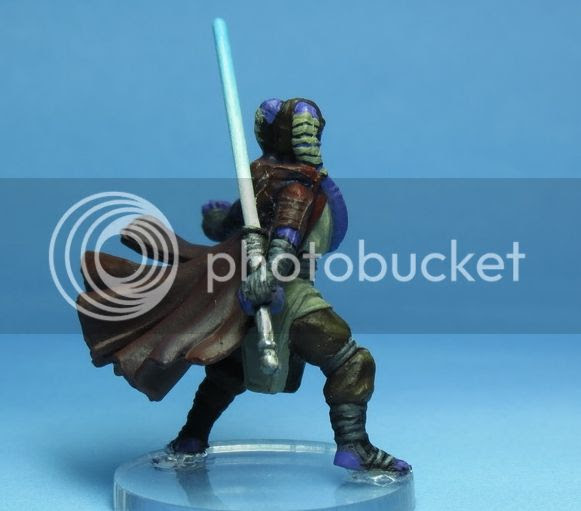 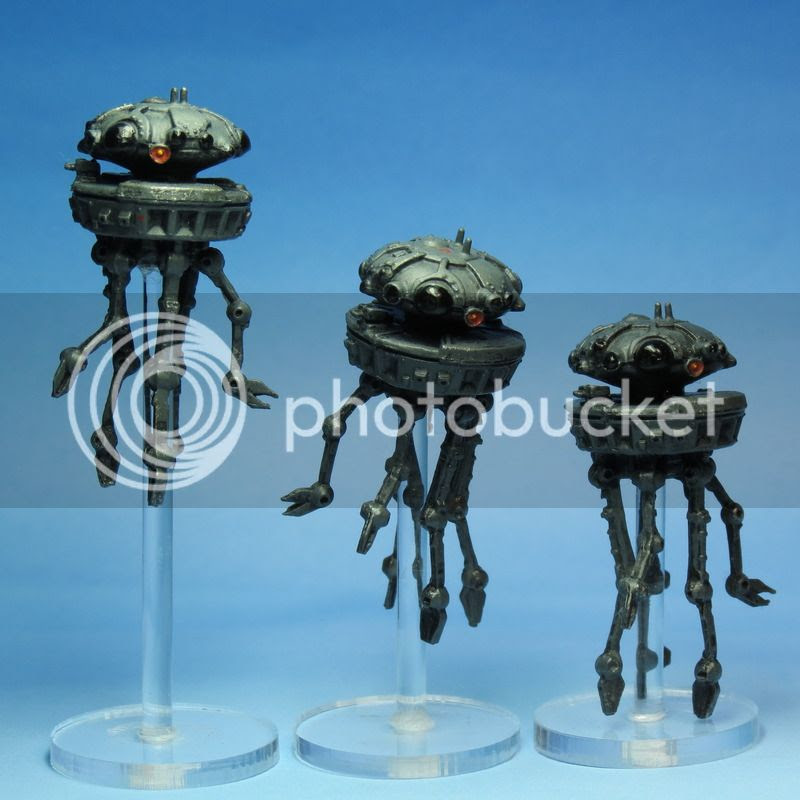 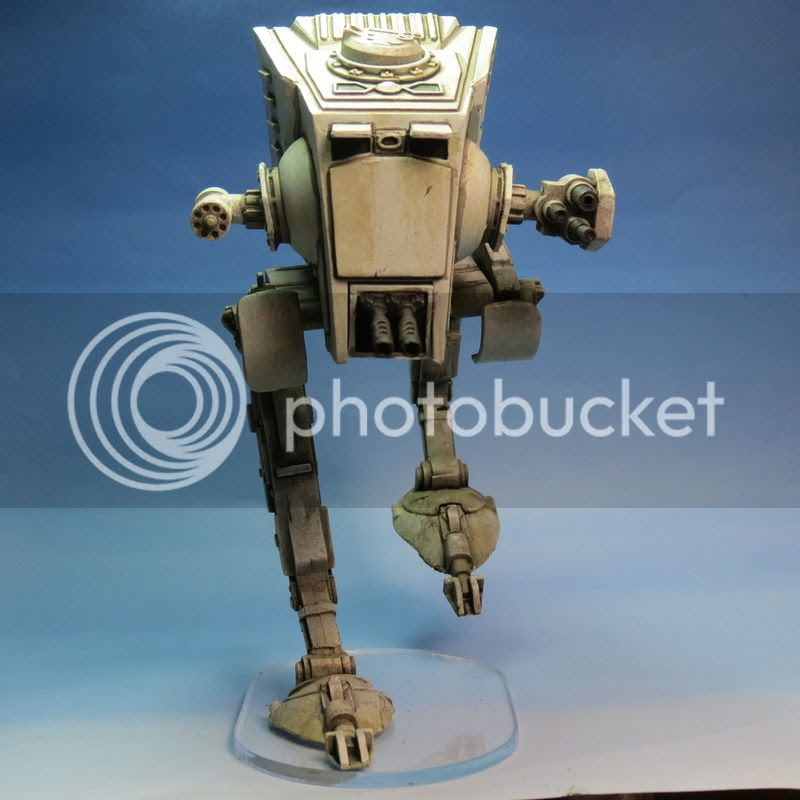 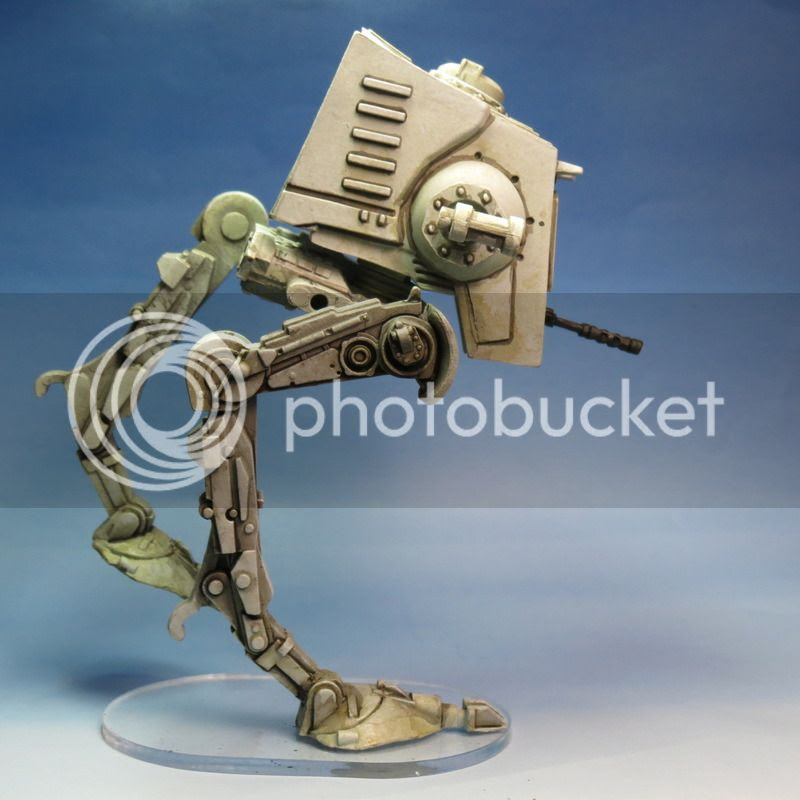 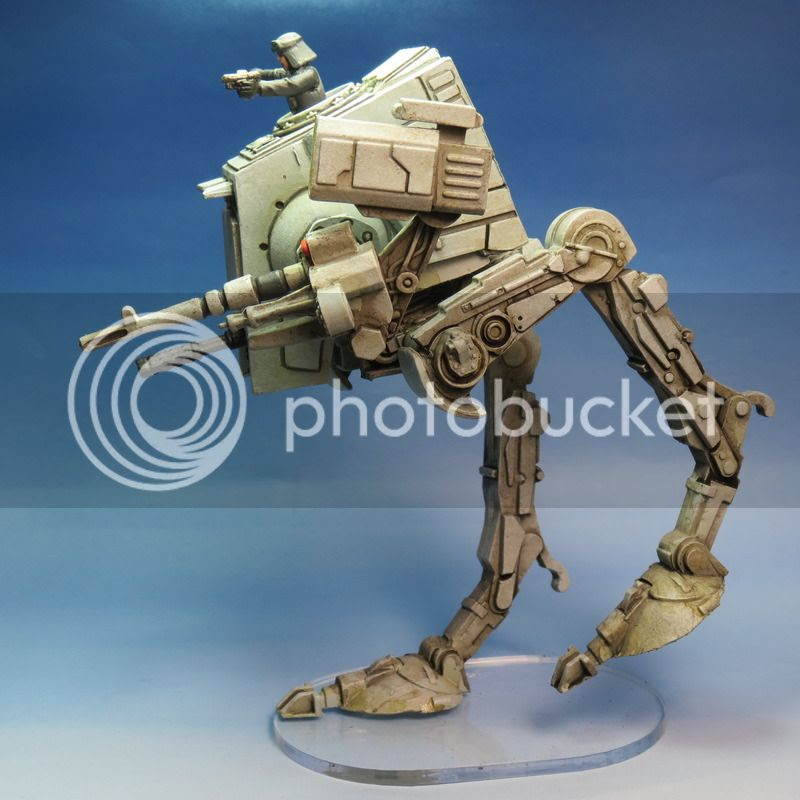 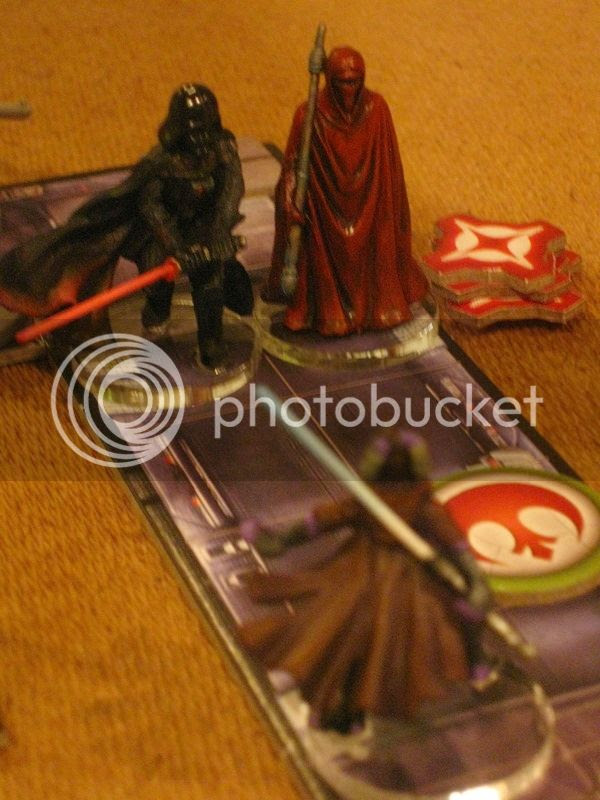 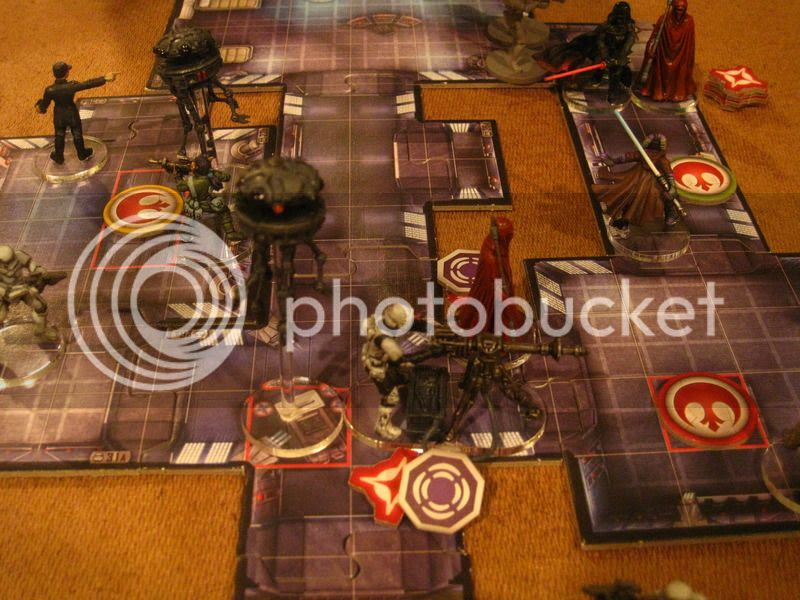 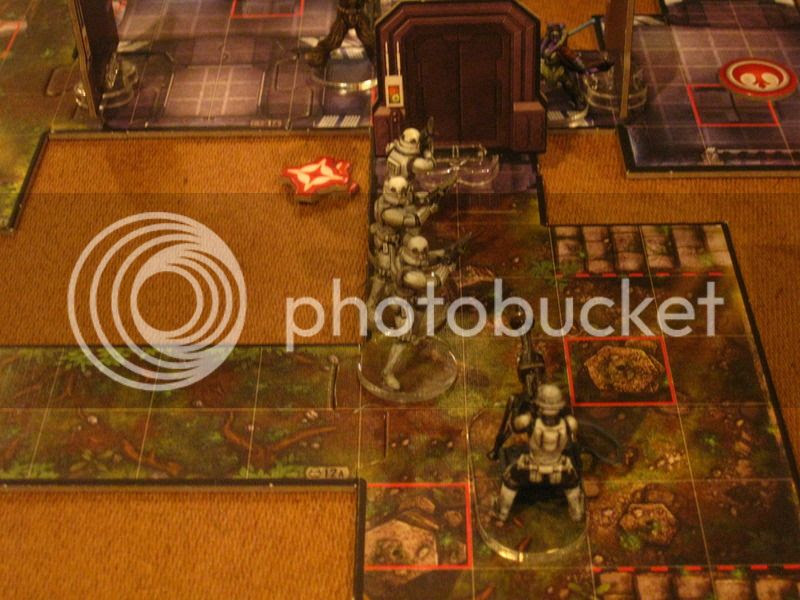