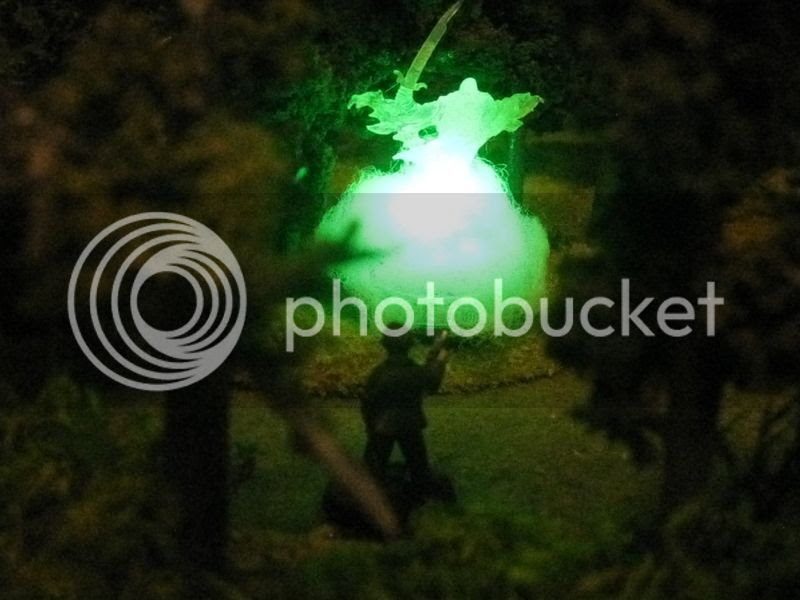 This one is for my new friend Garrett (did I spell that right?) and pre-existing friend Benn @ my FLGS Redcap's in Philly but this also goes out to anybody who is thinking about glowing effects on their tables, or at least some small, placeable elements like minis or scatter terrain (more on that later).

I built the ghost above tonight for this tutorial and it took about 20 minutes. 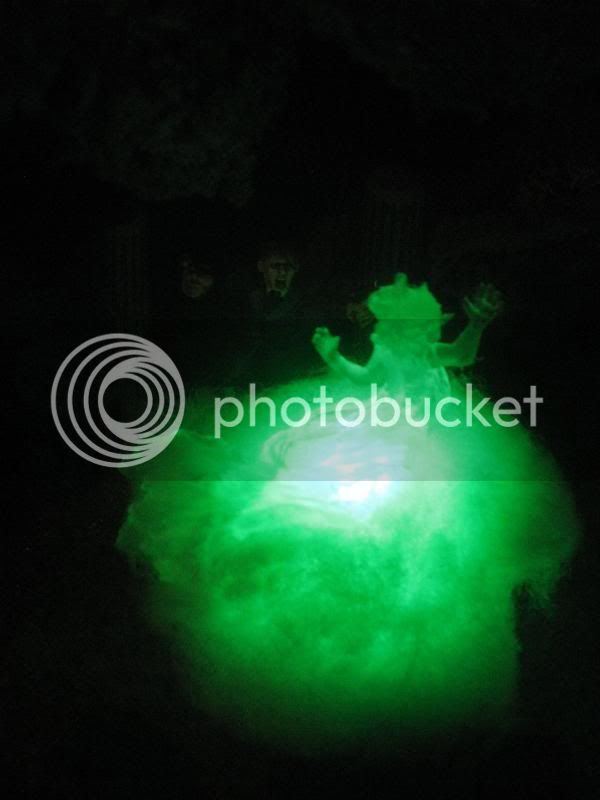 Reaper BONES make super inexpensive, translucent models ripe for lighting and you can get easy and cool effects efficiently. LED tealights are crazy inexpensive and can be used to make really great wreck markers, bonfires or in the following case, ghosts. I was insisting this very thing the other day to Garrett and pointing at my own blog as proof, failing to realize I never actually posted any damn thing about BONES lit projects here on Sarcophagi,  though I did post it up over on Lead Adventure Forums, found here: Lead Adventure Forums

Anyway, I've found a lot of traction for lit things like ghosts for pulp games like Strange Aeons, to which I am addicted. I am working on Fire markers using tea lights as well and I'll post up something on that later, though the principles are the same. 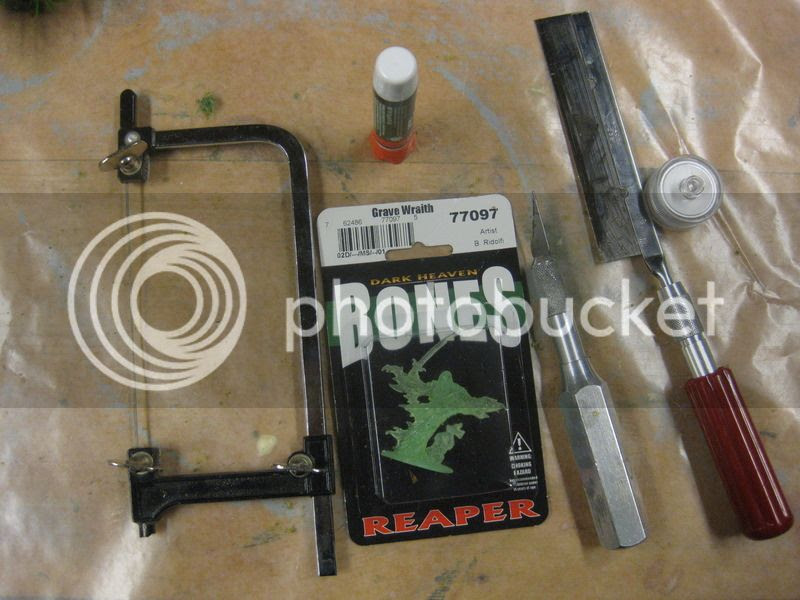 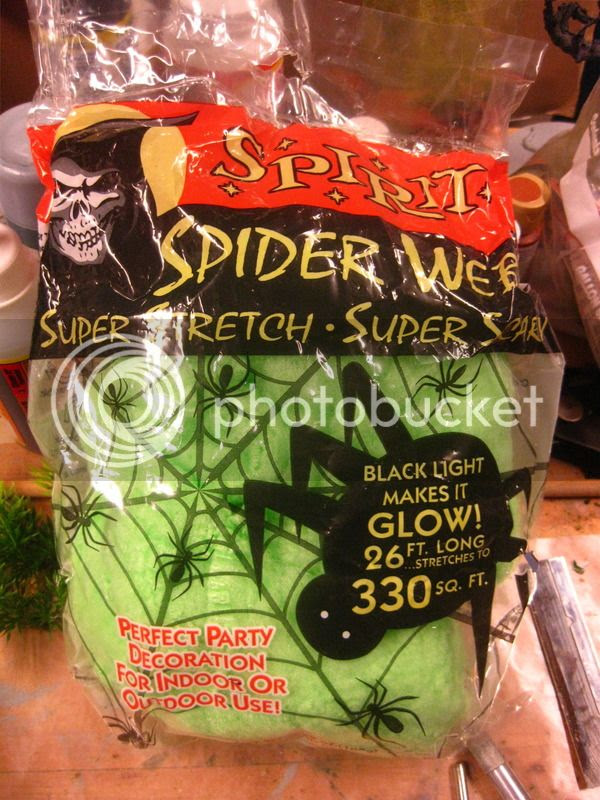 Needed:
Something to consider with this... Depending on how much light difussion you want, you may or may not want to get the LED bulb into the miniature. In some cases, gluing the  mini right to the top of the bulb housing is enough to get the light to diffuse through the mini, where you don't see a glowing mass at the base, but instead that bulb is hidden by cotton floss. I have made three ghosts and overall I think gluing the mini to the bulb housing is probably the best way to go visually but in the following case, I put the bulb up in the mini as a case for the most amount of steps or a larger mini that needs more direct light to diffuse out, which is the case with this mini. 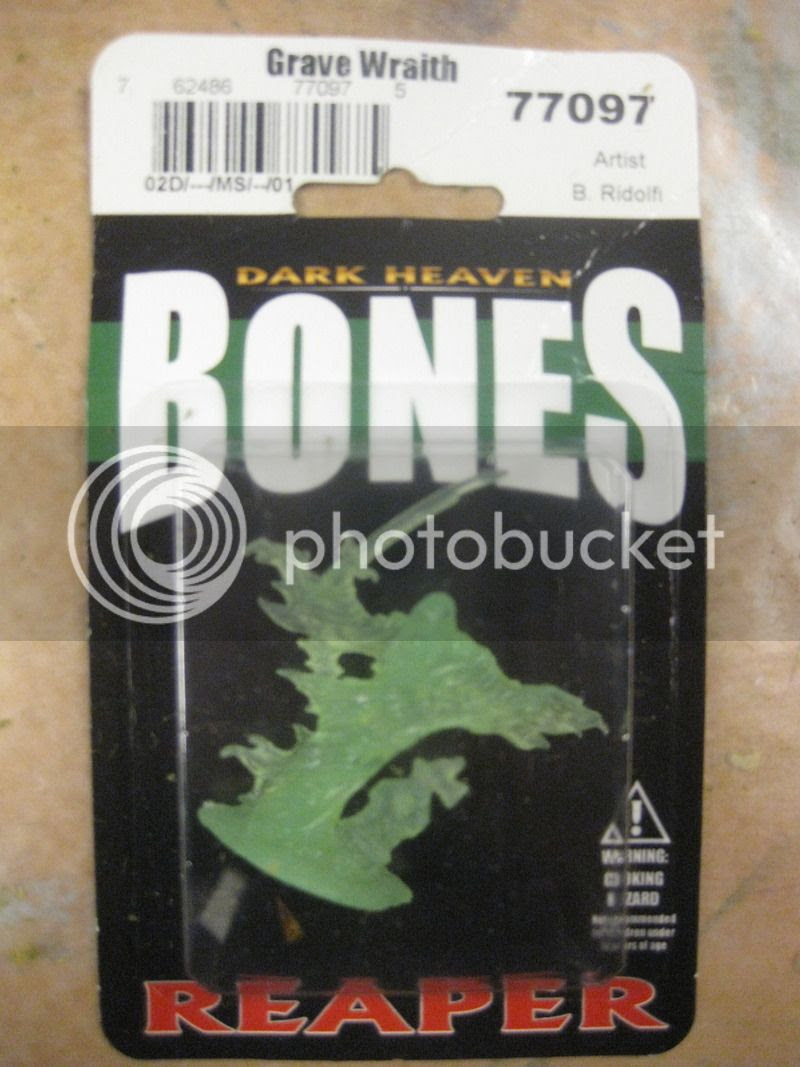 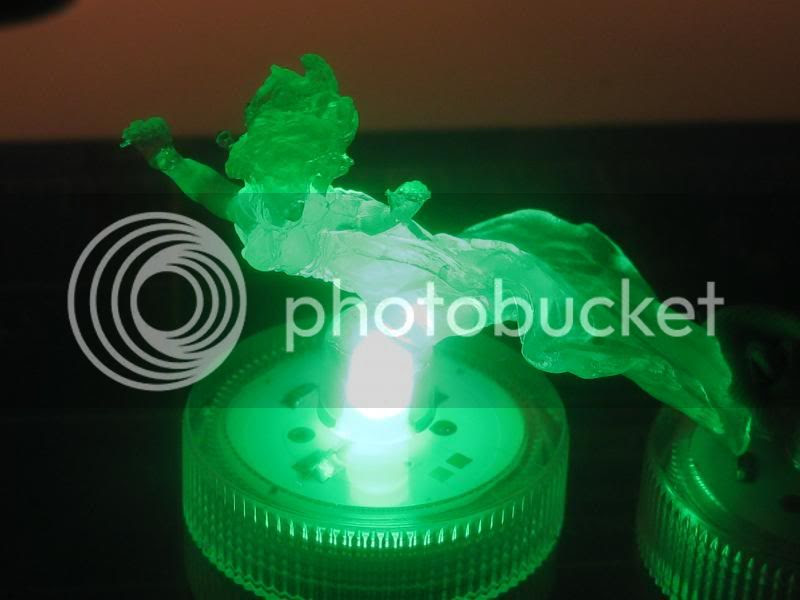 So that's it friends! I leave it to you to try out, like I said, there is not much to this. Experiment and have fun with it. 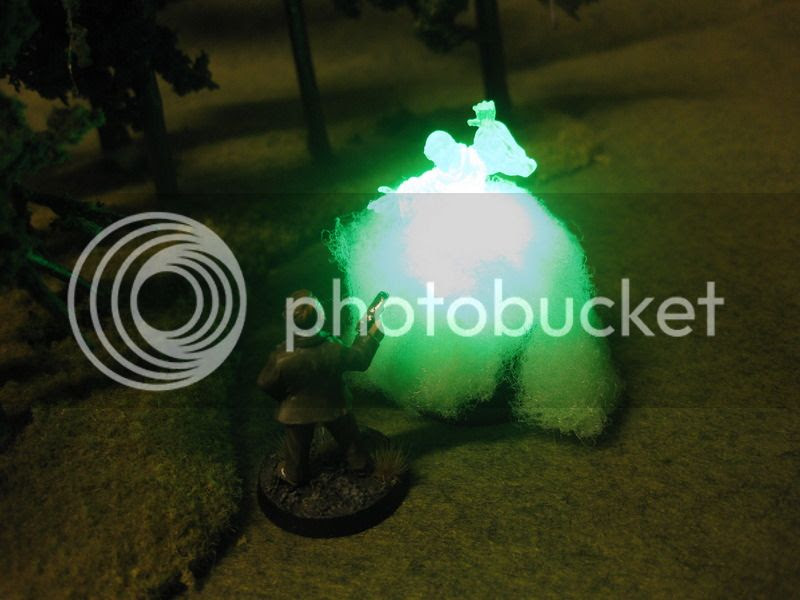 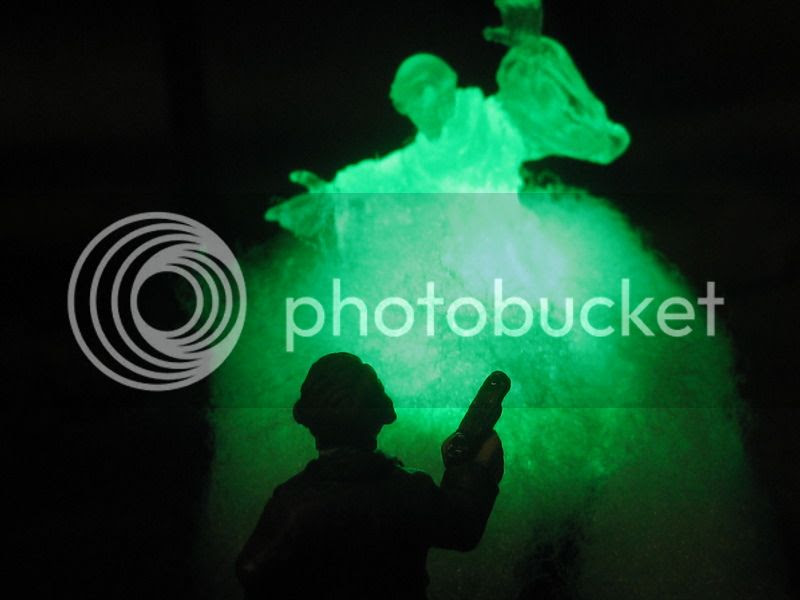 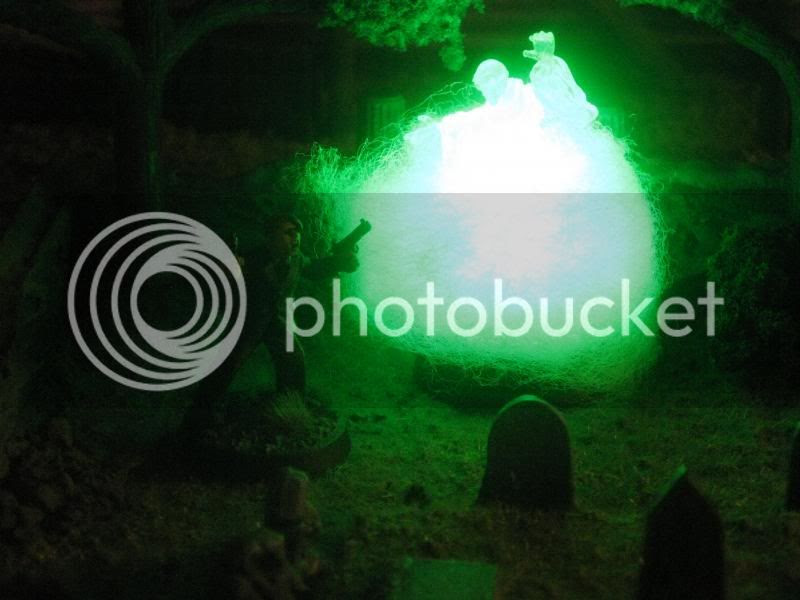 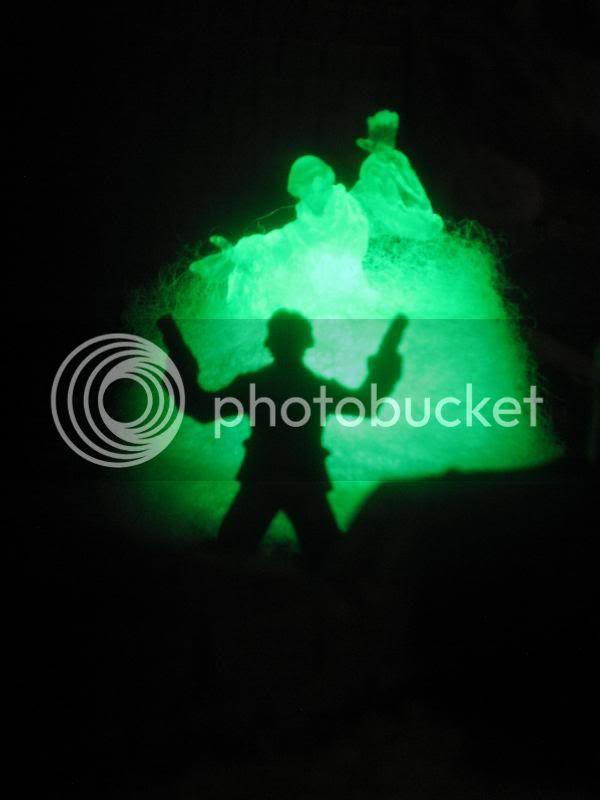 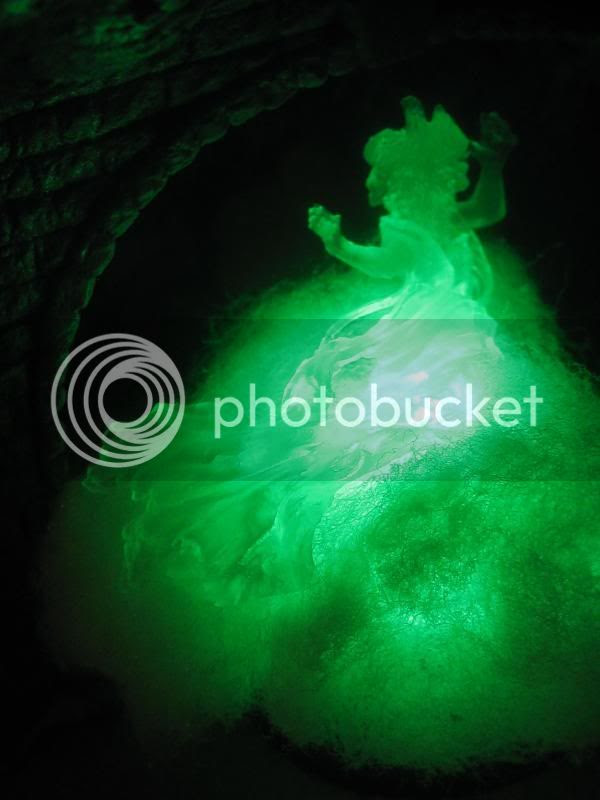 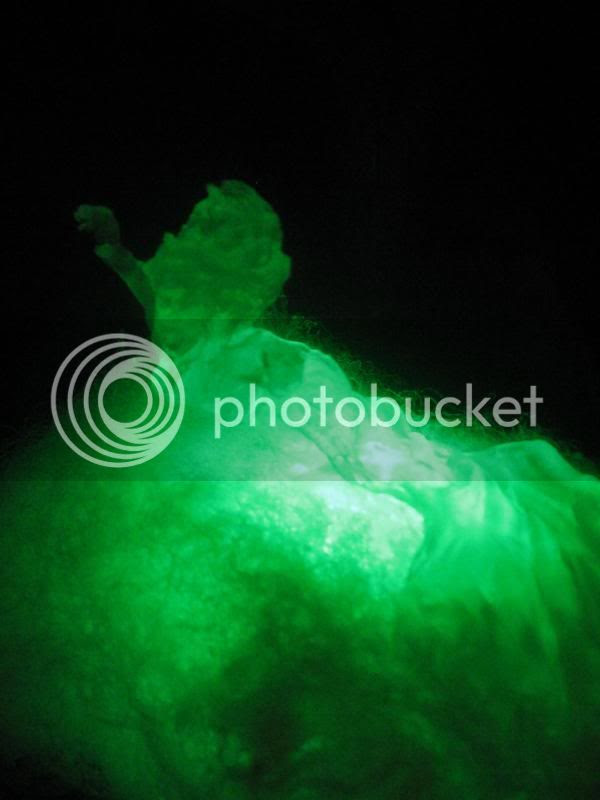 Sarcophagi Logo & Celebration: 100,000 Visitors? What the What What?

In honor of hitting 100,000 visitors to Sarcophagi, I thought we could do a behind-the-scenes bit as celebration. I have had a few people ask how I did the logo for Sarcophagi... Quark? Photoshop?

Truth is, when starting this blog I thought it'd be faster to make the logo for a terrain building blog by skipping the digital art and knocking it out in foam and paint. Fitting. So I did.

I raised the font to 40 or something and printed "Sarcophagi" out; that's the plural of sarcophagus. I was into Egyptian things in art school, what can I say. I transferred the lettering to the foam, cut the letters with a hot wire and mounted it on pink foam that I had etched like a wall. Some paint and some digital snaps and BAM! Leggo my logo. 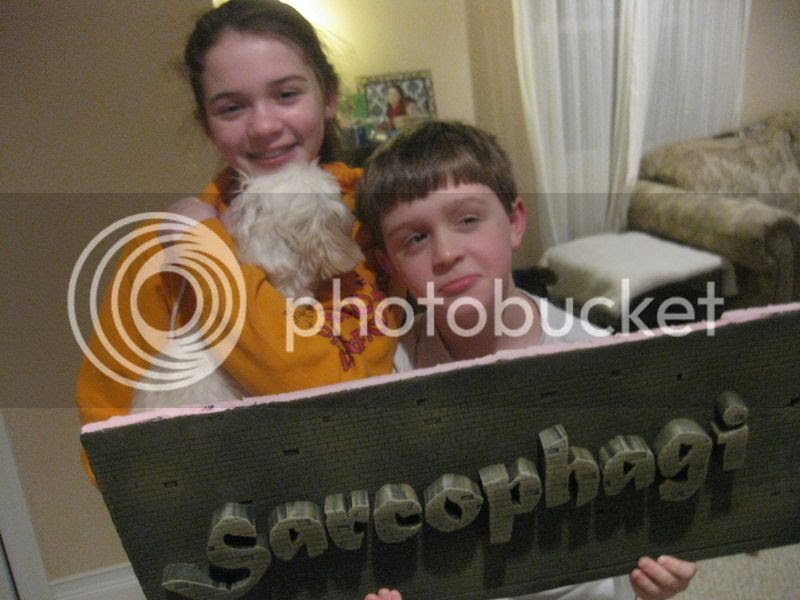 A few years later my kids are holding it up because all the zeros in the Visitor section mean they can stay up past their bedtime for some reason... Happy New Year or something like that!

Thank you dear reader 100,000 times for being a part of Sarcophagi! I think this guy is my favorite sculpt in all of Bushido. Sure, he's a support model and needs protection. Sure he's a coward. Sure he's a bureaucrat. And yeah,Golden Sentinel might be a must to deliver Yukio alive through the fray to use his Ki feat. Not sure yet.

Regardless of in-game qualities the character drips from this guy... it's insane. I think he's the most interesting sculpt in every way. GCT gave me a voucher that I used to get him and I am stoked. Only beef I have is a small part of the string for his cap was missing on his temple; yeah... people will notice that. It was seriously too thin to gap fill and too prominent in a place that will see fingers grabbing to move the model to use putty or caulk. So I trimmed the metal string off entirely and replaced that with same-gauge thread, fixed and stiffened with super glue. I was slightly bummed about this repair at first but in the end I got more detail on the straps so it totally worked out. Only took about 10 minutes of work. 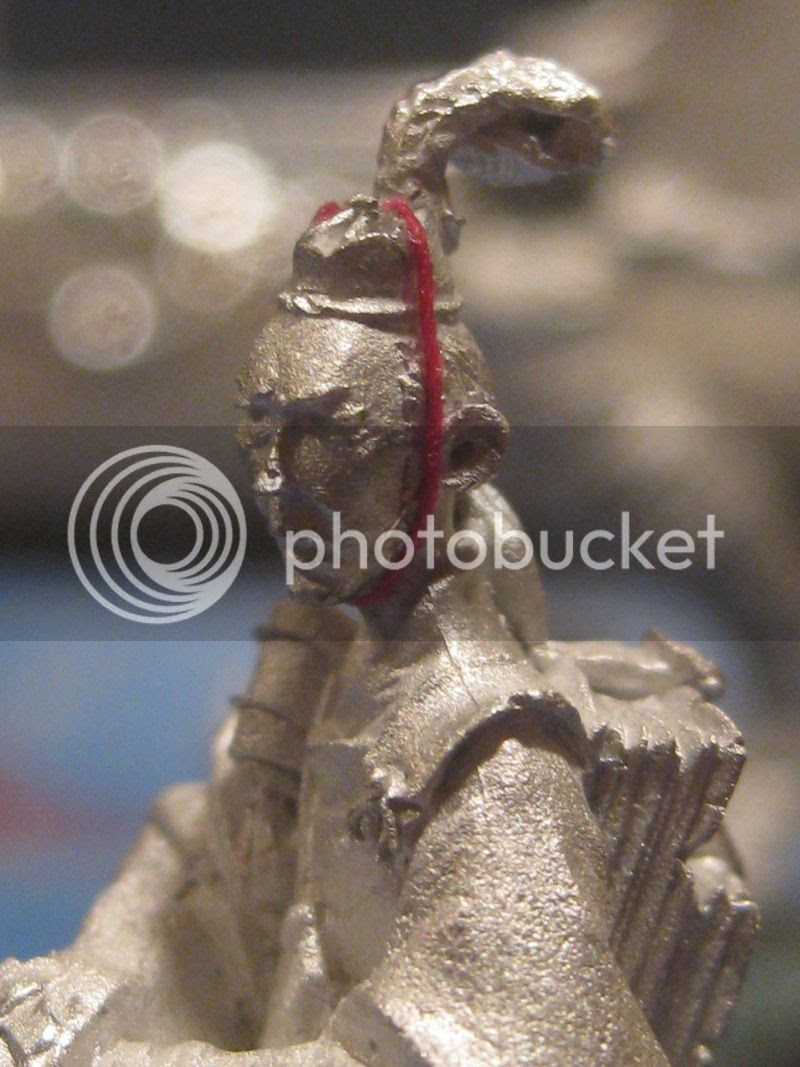 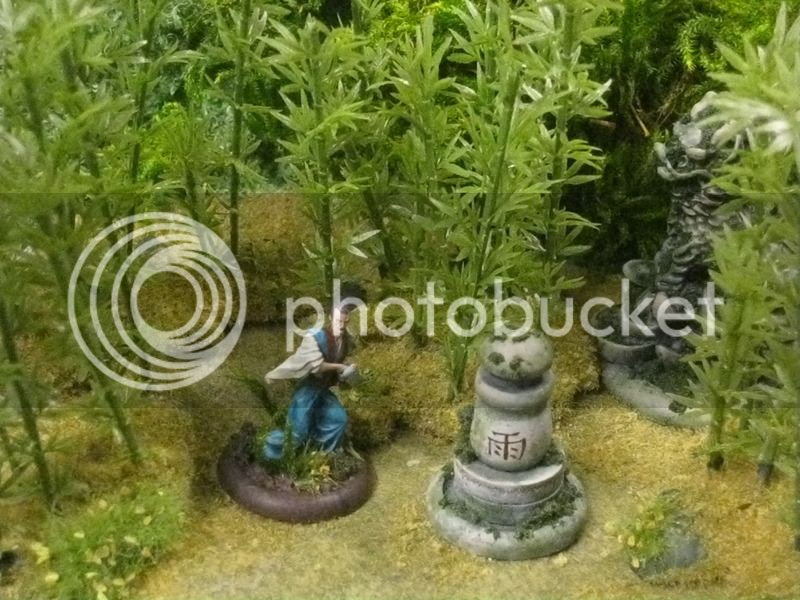 Years ago I had built a 4’x4’ table for Warmachine (on the Privateer Press Forums) and while building cabinet components for it I stumbled upon Gorilla Glue as a means of making terrain. I want to mention that if you can cut and bevel  foam core or materials like that then you may not want to use Gorilla Glue as much as I do, but for bamboo trees, Gorilla Glue seems to be a solid and resilient way to base thin plastic trees. That said, I tend to use Gorilla Glue a lot for everything. 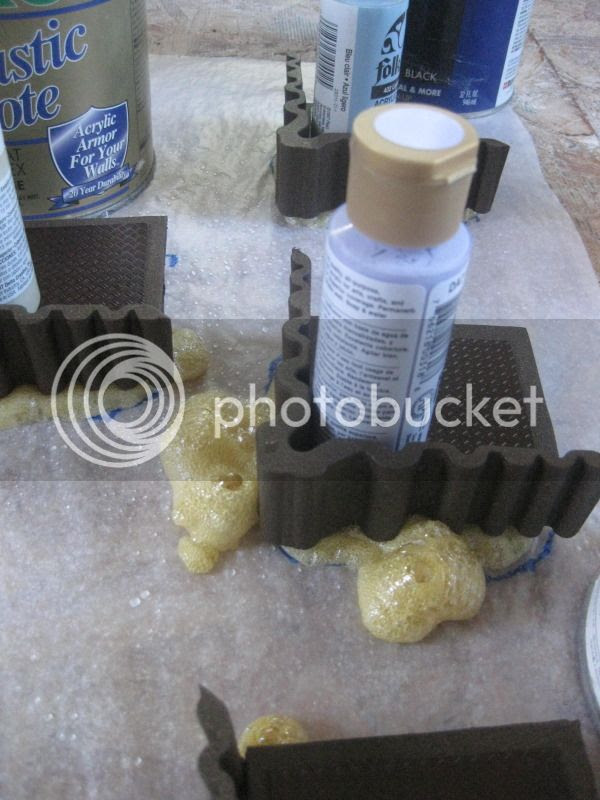 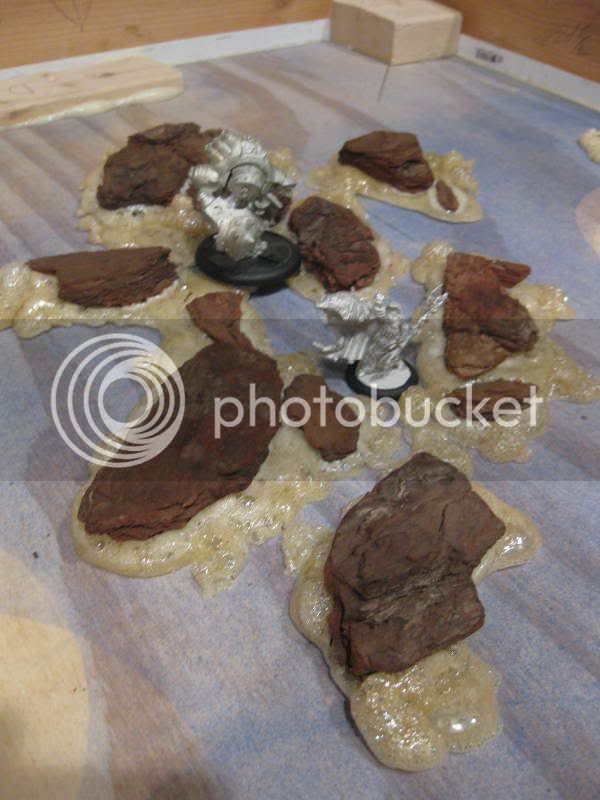 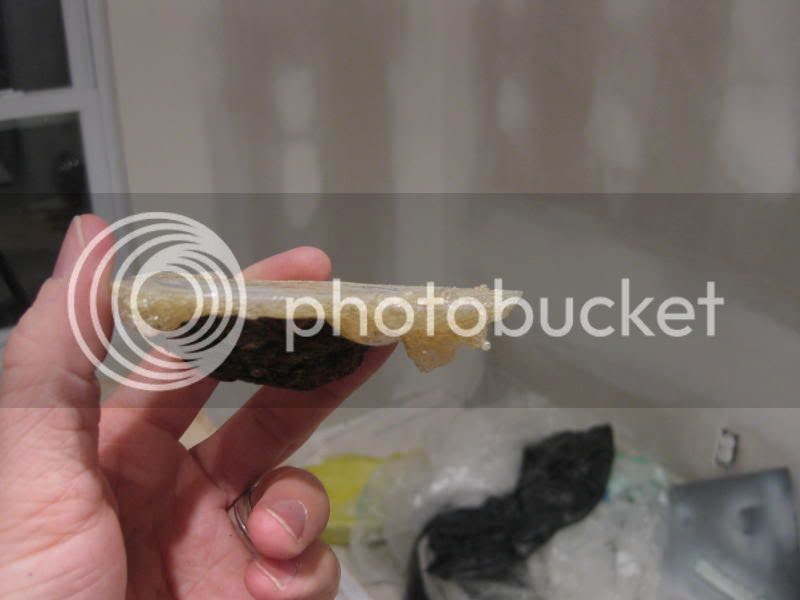 It is excellent for building terrain and all terrainy materials: wood, foam, paper, plaster, etc, etc. Gorilla Glue is unique in that when exposed to water it foams then dries rock hard. So it gap fills and retains some flexibility. It is paintable and cutable. With a little practice, it can be a fast and more-than-adequate trick for terrain. 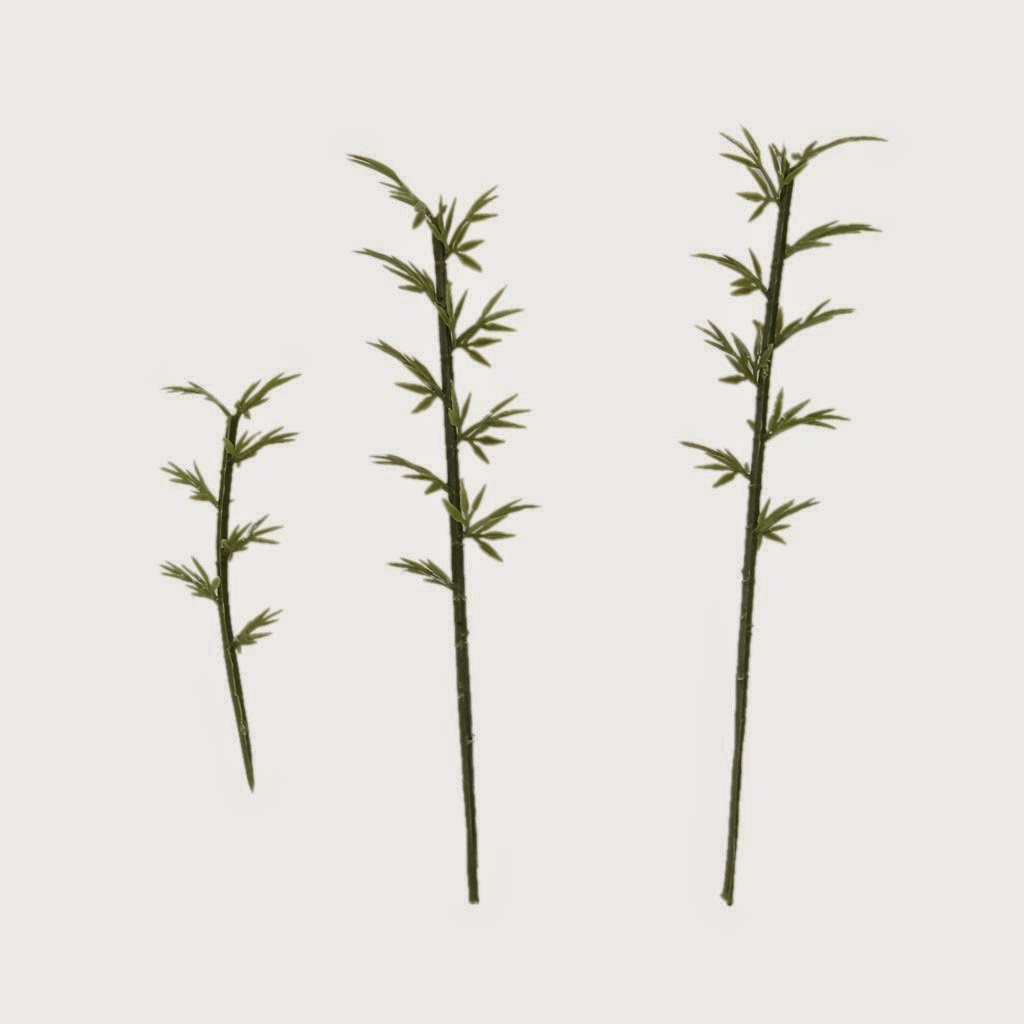 I sourced the bamboo I am using from Amazon, a 100 piece bag for about US$13.00 shipped direct from China, which may take a few weeks to get to you but the price is right. I picked these because the bigger sizes included have a wire core. You may imagine that getting thin gauge trees to stand upright in a resilient fashion can be difficult. But if you are willing to set up a production farm in your house for a week you can get a decent amount of stands of bamboo using the tree kit, Gorilla Glue, basic tools, some water and things to keep the trees propped up while they set. After that, paint and flock to taste.

In all, these trees took about a week to bang out but that includes the setting and dry time. If you take setting and drying out of the formula then I probably have spent about 3 hours of actual labor.

If you are new to terrain, this may take one or two times to get right but see it through, be ready to improvise how you stabilize the trees during curing and that is the hardest part.

If you have questions, just let me know and I’ll help you best I can. Here are more pics of the finished bamboo trees. 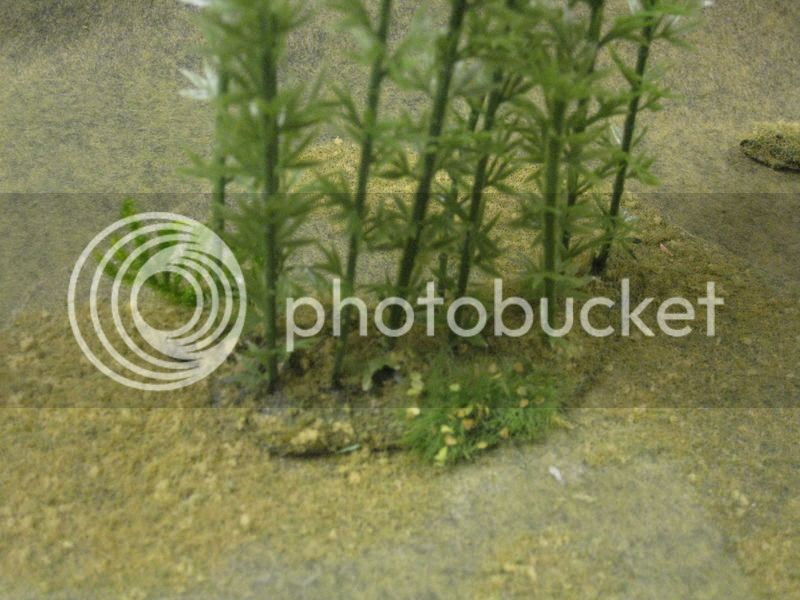 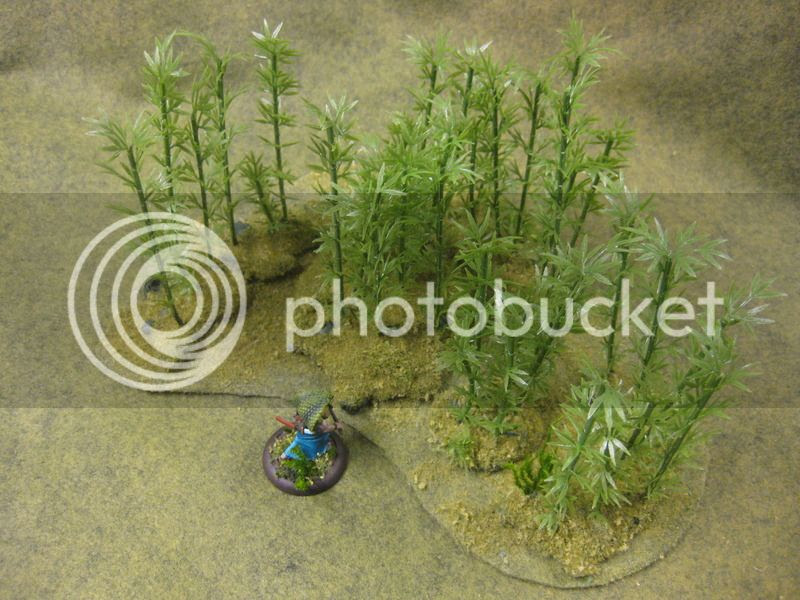 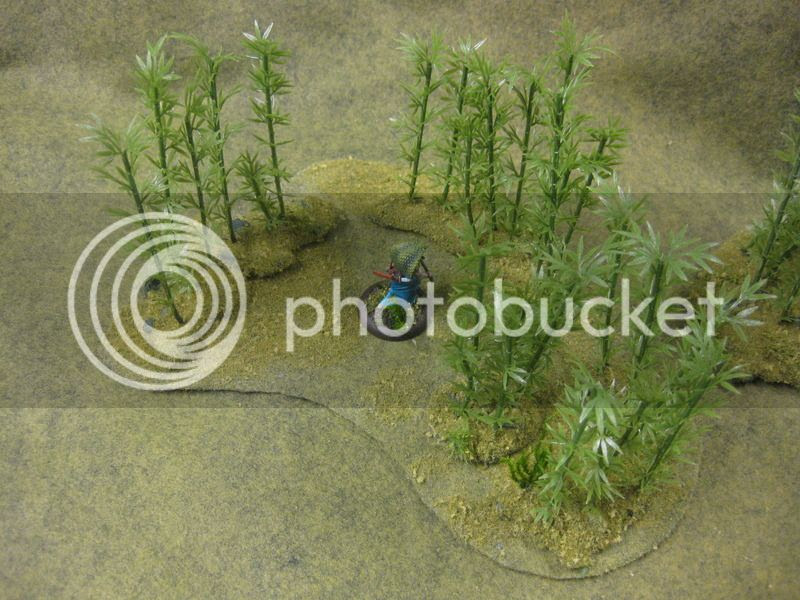 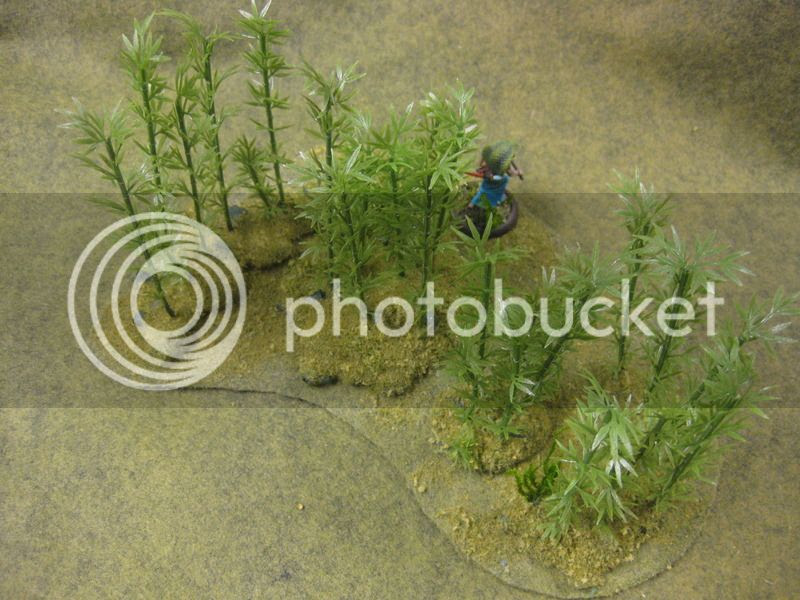 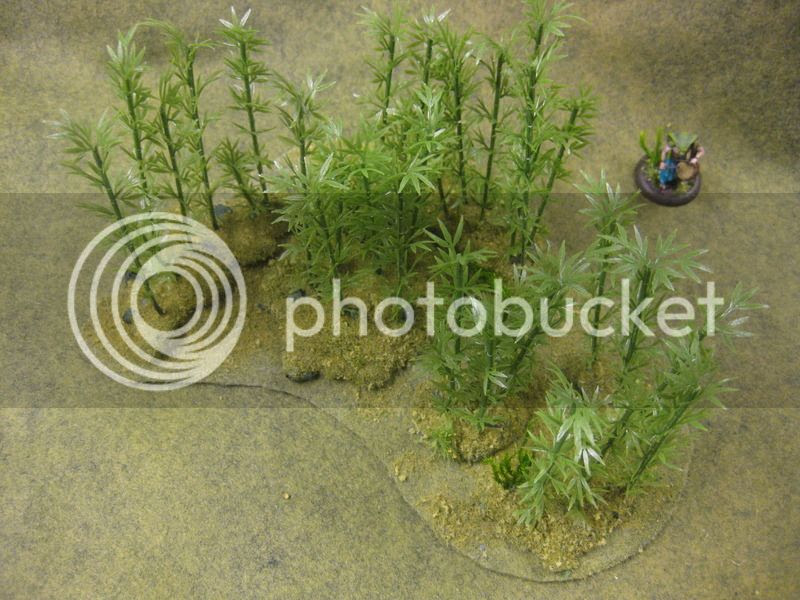 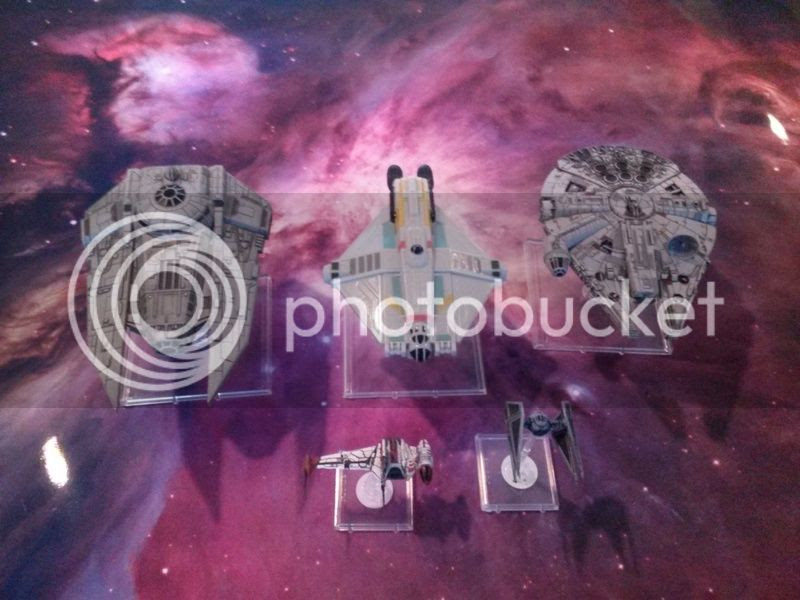 A very eagle-eyed member of BGG found a thread about a cake topper of Hera's Ghost in roughly the same scale as Star Wars X Wing. So I found it on Amazon Prime and ordered it for my son Nate, who loves flying YT's and turrets. So yeah, he'll be happy with this until FFG admits they are releasing one since they are now affiliated with Disney.

Mind you, this is a US$10.00 cake topper and not a fine scale model. I have to resist going nuts with re-detailing this. It is a clam shell design and so not all North-South running detail line up. There is decent enough paneling and such that making this table-worthy is possible. The only thing I really did to the ship was to tap out the mounting screw and widen the hole for a sacrificial large ship peg once painting is done. I also added brass rod cannons because the molded one were brutal or non-existent. 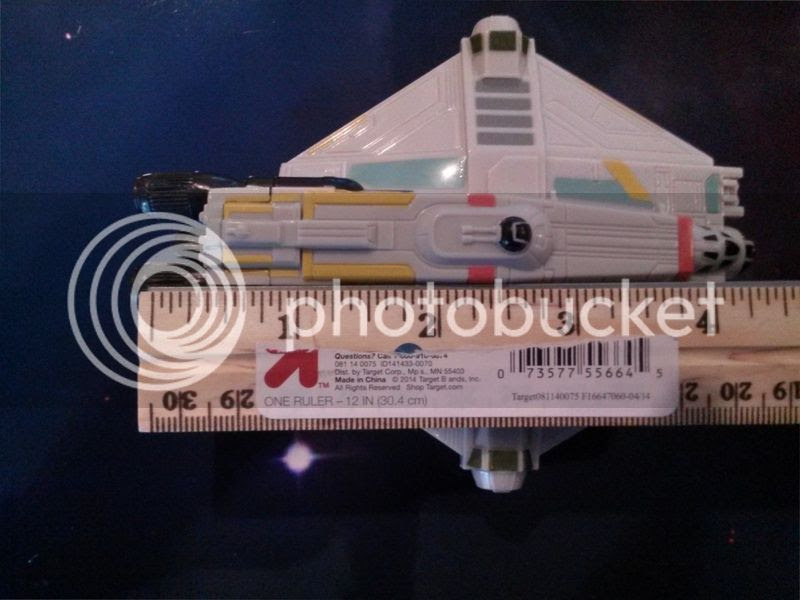 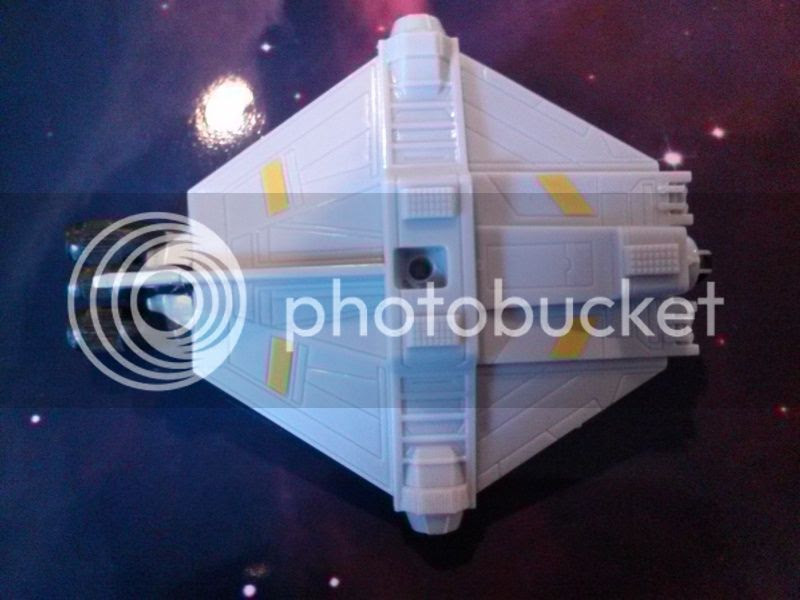 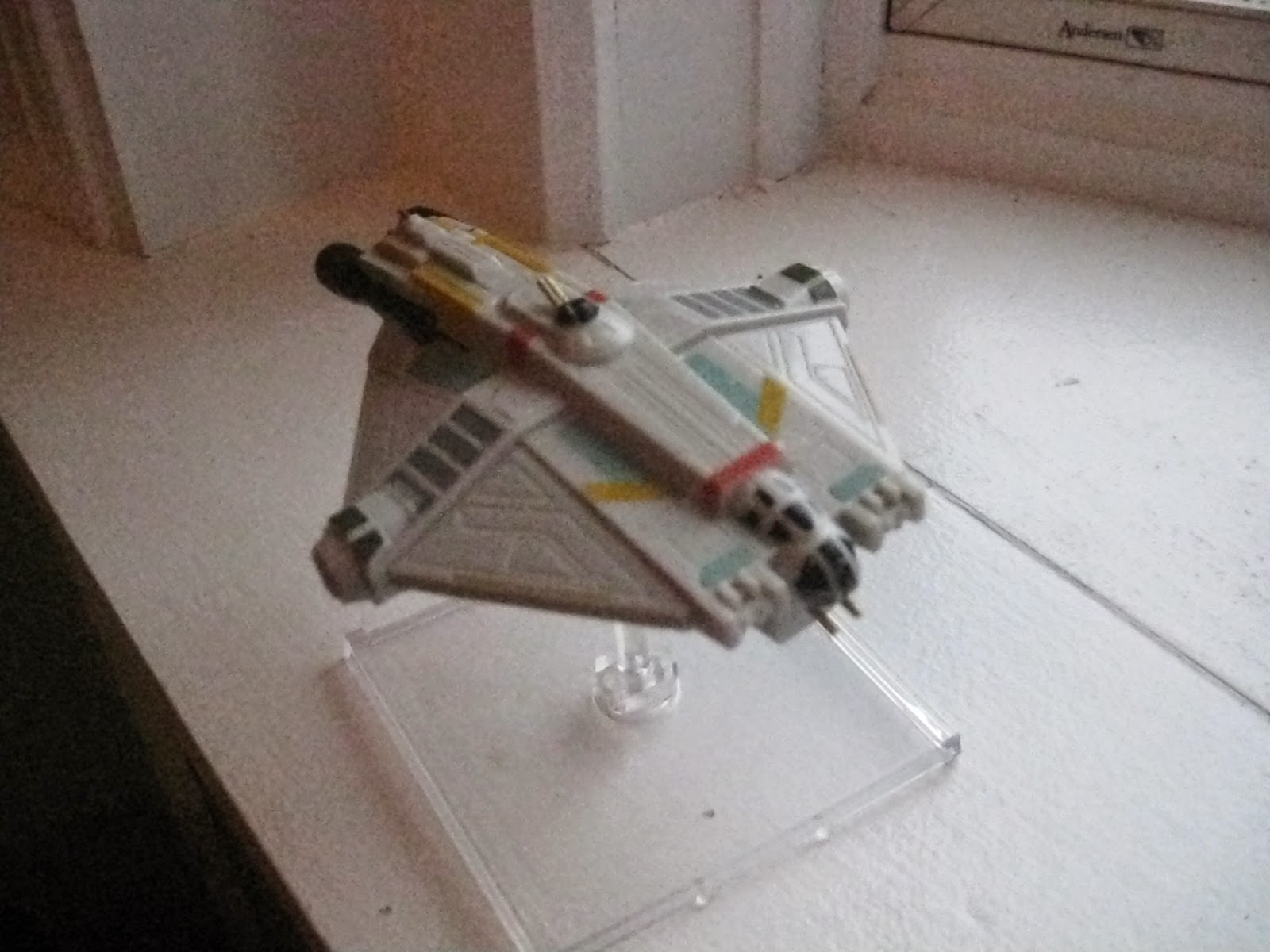 Up next: Primer, paint then gluing a peg.