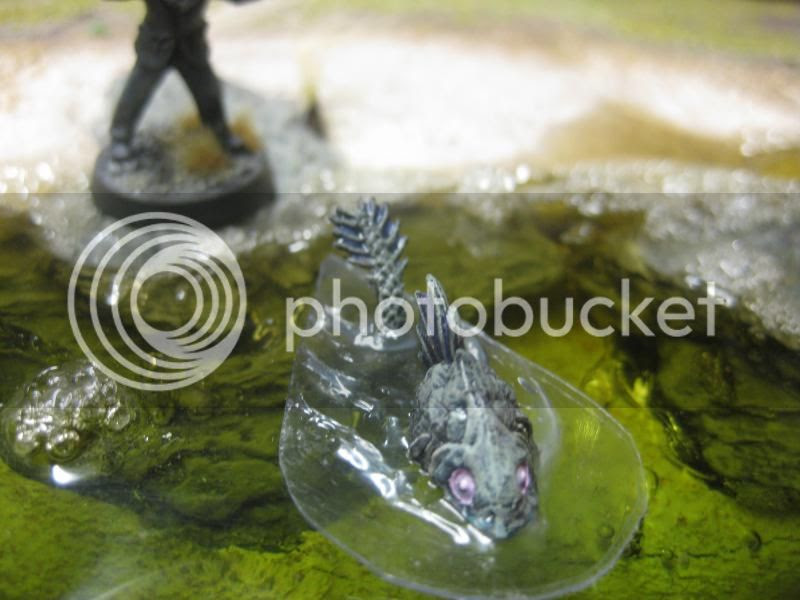 Ok, first attempt at the swimming fishman for Strange Aeons is passable but really shows what rendering water in resin does for you when you try and fool the eye. By cutting up the Bones Tiik warrior and gluing it to blister plastic the size of an average base, I thought the illusion would be made with clear latex caulk... and it does look cool. The problem is all of my water features are deep tinted resin so the illusion of a swimming Deep One is sorta ruined as the eye sees below the surface and there isn't anything there. The effect will look fine on darkly painted water features that have no depth to them, like paint and polyurethane covered board. 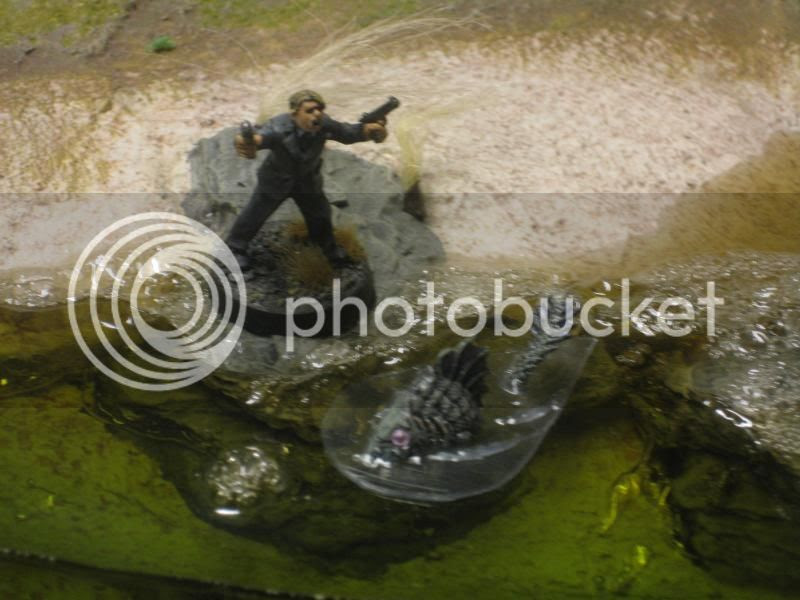 That said, I was happy with the improv of putting caulk into a small medical syringe to aid laying down small ropes. It took more than a day to dry but overall it is an effect I'll develop more.

The real issue in this was the water based polyurethane I used on the painted fishman itself. I wanted a deep wet look on him and when I applied the polyurethane, ANY backbrushing tore the paintlayers right from the figure, leaving just the spray primer. So I imperfectly re-covered a few layers of paint and just moved on.

I'll be heading back to this idea of sculpting waves and swimming, as I add some more fishmen to the mix.
Posted by Yeti's Yell at 9:16 AM 7 comments: 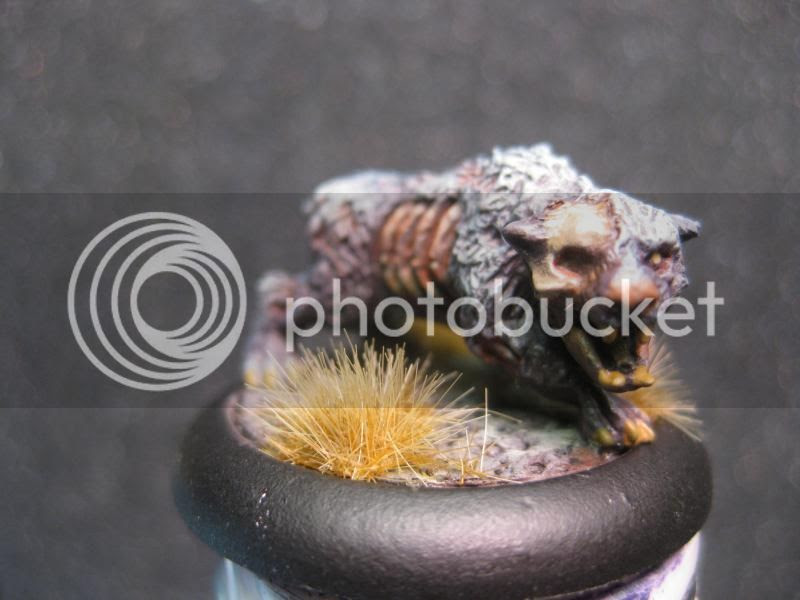 Alright, here's another cheap pre-paint repaint of a... well, I don't really know what the hell this is supposed to be. The base said, "undead panther" but it really looks like a bobcat or baby bear or something. No idea how a panther becomes undead. Guess I should look for undead koalas, narwhals, pigeons and sloths. 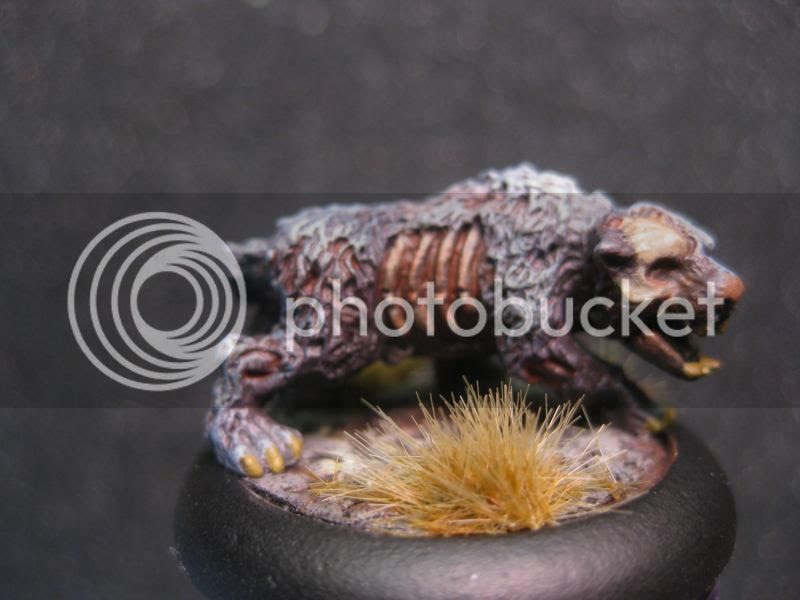 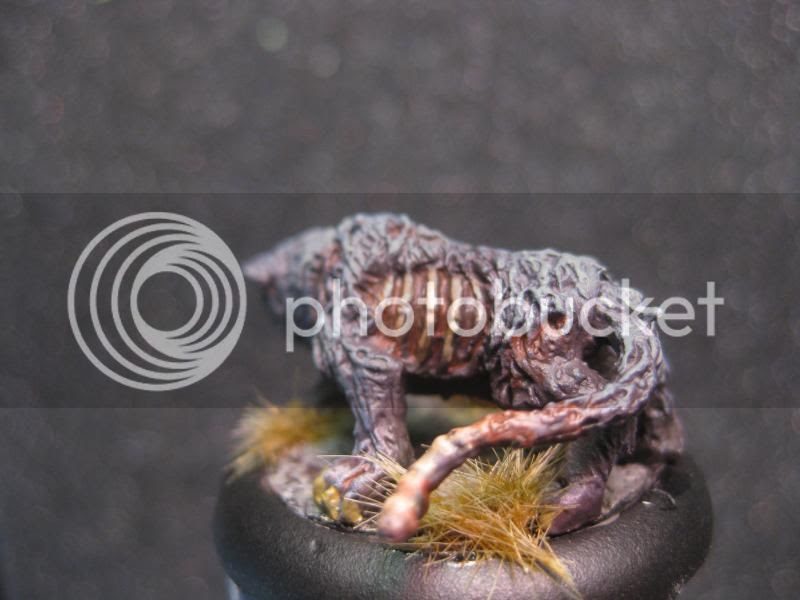 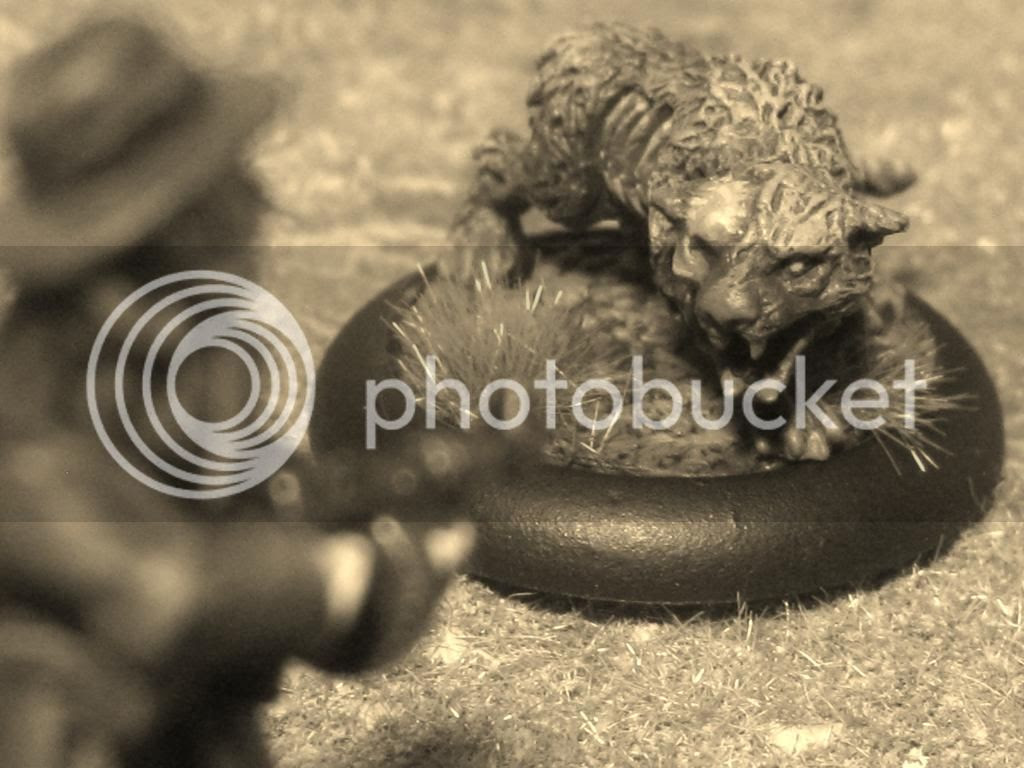 But this thing looks undead enough (and small enough) as a counts-as Swarm for Strange Aeons and cost 2 bucks so I took it home, cleaned up mold lines, primed it, rebased it and repainted it in about 20 minutes. Nothing fancy. Just an undead panther-thing. No big deal. 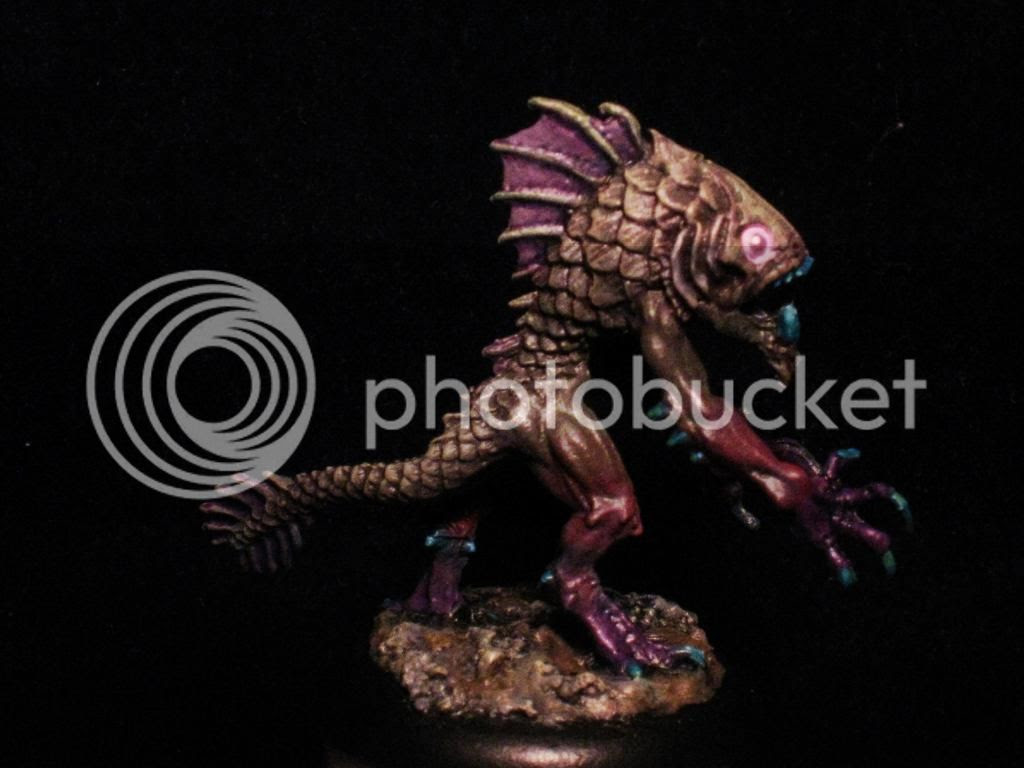 Here's a $3.00 model that sorta puts minis twice as expensive to shame. I'm using a Reaper Bones Tiik Warrior as a Fishman for Strange Aeons. Fun to paint, looks good and scary... what's not to like?

He originally had that latern-thingy on his head and I rather liked that as a detail but I wanted to keep this jerk closer to the Innsmouth look than farther from it. As it was, I added more color than I had planned but glad I did in the end.

I based it in black, with layers of Sage Greens over greys with a purple/brown wash to pull detail out of the scales after layers. Color accents on arms and legs are scrubbed in with a short brush and some aqua, ice blue and GW green layers adorn the claws, horns and snarly bits. Most of the purples go up to pink which is why I did the eyes pink and rheumy. 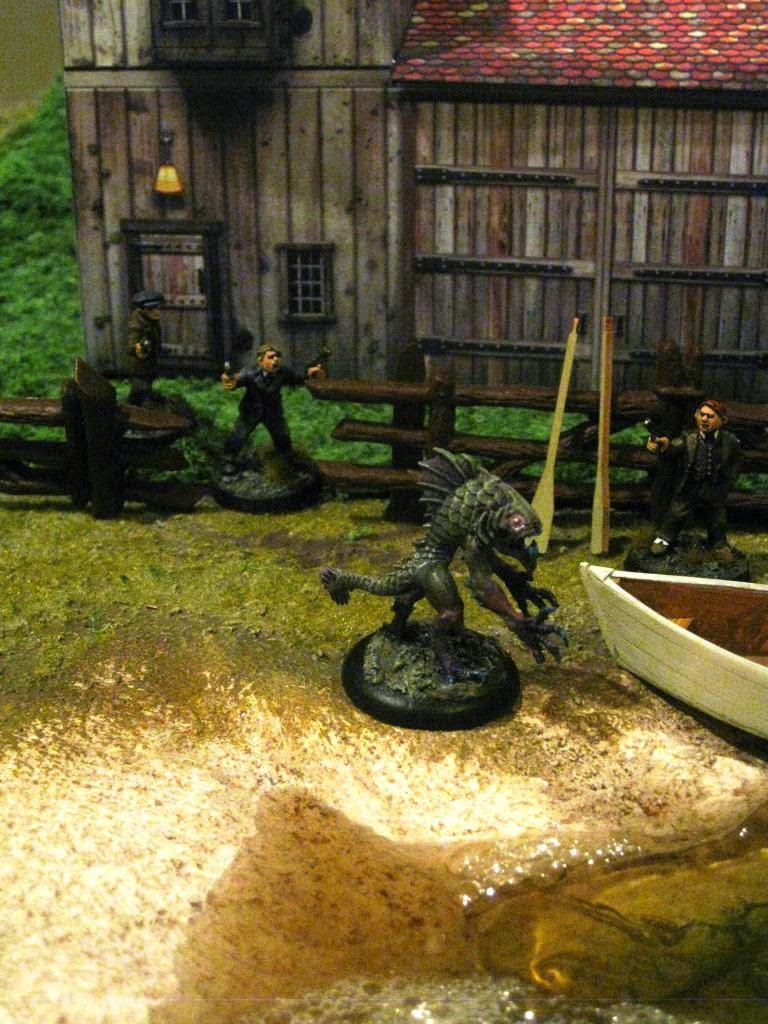