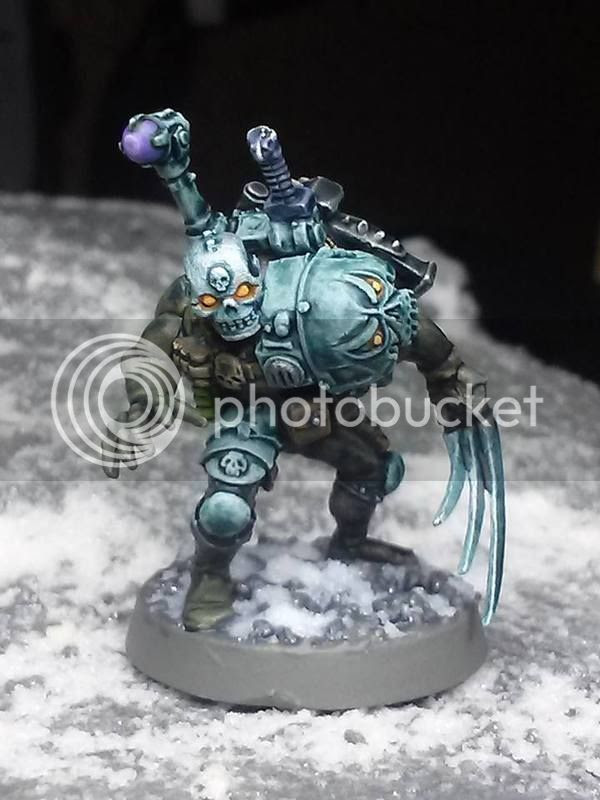 Here's an Eversor I painted last Saturday, for bringing to The Burning Stars league with my club, PAGE.

Not much to say really. Chopped the model in half, hunched him over more and resculpted the join. Garnished with pouches and grenades from various kits. Added a Warhammer Fantasy bit as the shoulder pad, I think, not sure the source. It married well with his chest rig/vox deal he has going on. The arms are from Catachan plastic kits and the open hand is a GW zombie hand. The Neuro Gauntlet is a paw from an old Necron Flayed one. I added a pommel/hilt for the sheathed sword too since the pack with the stowed gun I used here was for the Eversor model who has his sword in hand and had the stowed sword missing.

Painted it up for the Bio Meltdown and here is is, The Ghoul of Hammerfall, exploding in a league game near you (hopefully not while in my own lines.) 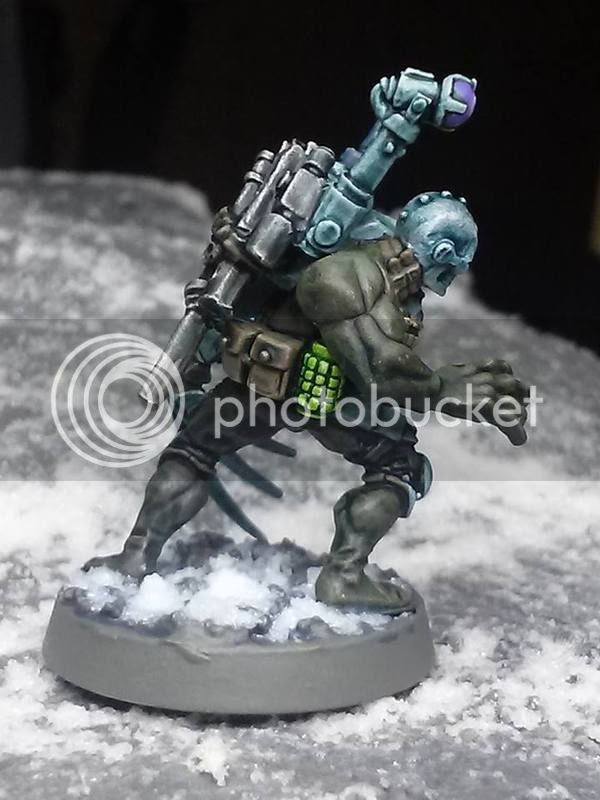 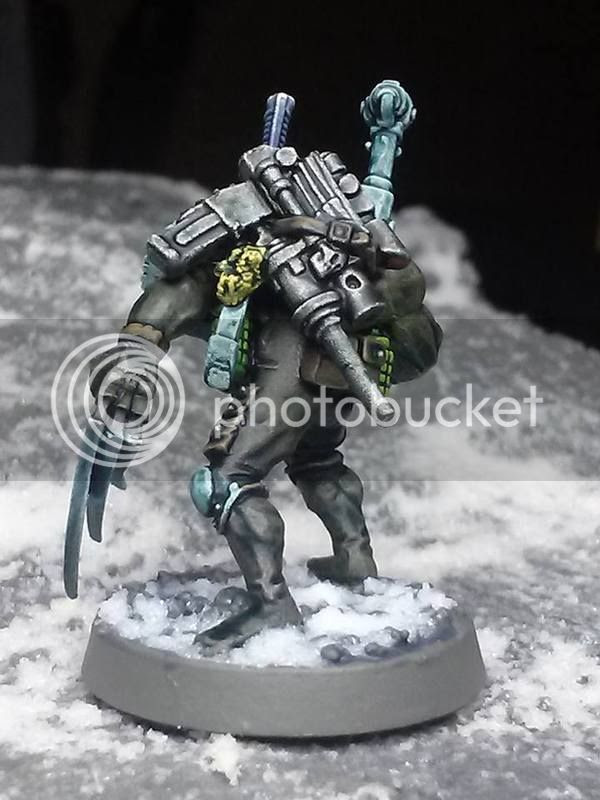 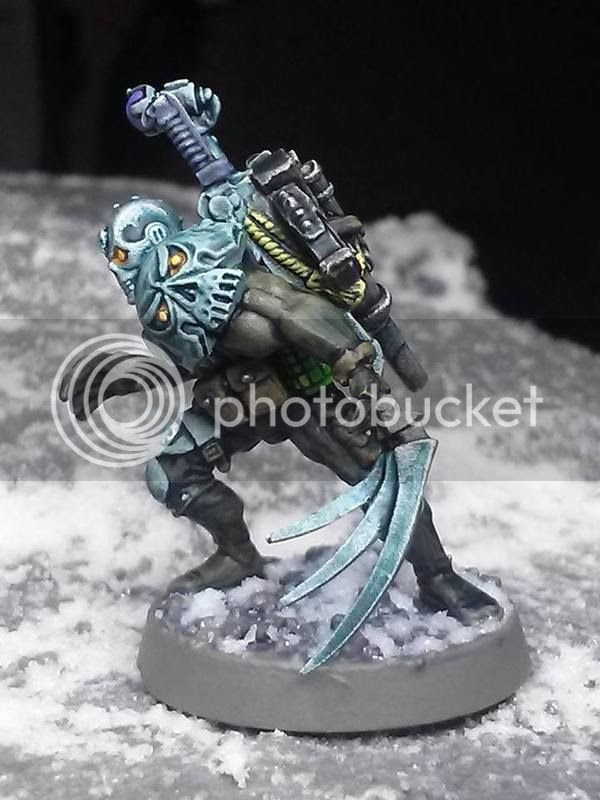 Bushido: Batrep and Pics from the Seigyo Scenario 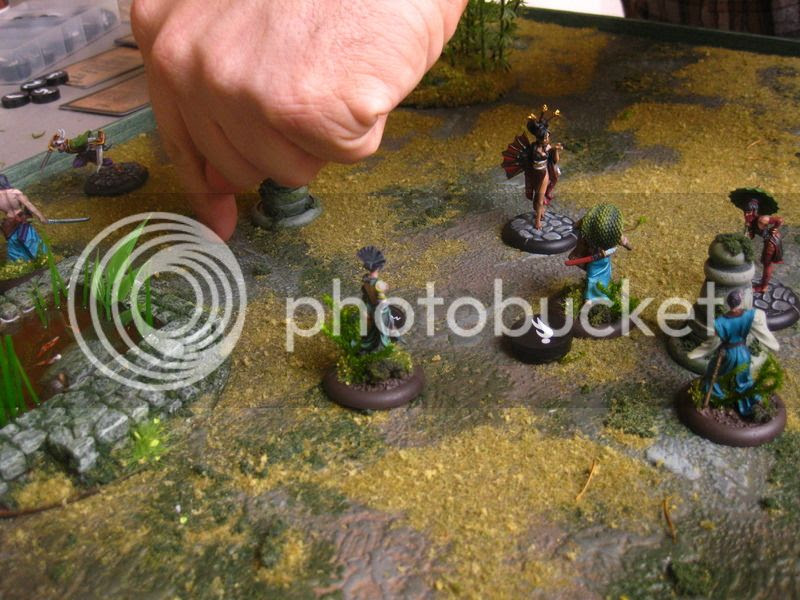 Here are pics from our latest Bushido game, the scenario called Seigyo, page 12 of the Bushido Tournament pack.

We ran 35 rice each, Pete bringing his awesome Silvermoon and I, Ito. Note that I ran 2 Temple Bushi and used my Chiyo model as one of them (though having Chiyo's Leap would have been great.)

This mission had 3 neutral idols mid field and required simple actions to worship them and take control of them. Enemy-aligned idols could be worshiped to be neutralized, then worshiped again to take control. Players with most friendly idols got 1VP at the ends of turns 2, 4 and 6. The game ends on turn 6. We were tied for VP's until turn 6.

The take aways with this game are simple and complex. The fixed turns and cost of actions to control the idols means there is a fair amount of nuanced movement, positioning, blocking, foils and activation as much as there is controlled but very violent and conclusive fighting.

In Bushido it is all about staying rested and making the enemy tire out before you do. Even as games become lopsided from casualties it is not over, as more desperate but more powerful abilities come off the leash as moderation becomes a detriment. Just when you think you have a clear line to charge and slash an opponent good, somebody knicks you from the side, you become tired or exhausted and the window closes. It lends itself to the "whoosh" of a martial arts brawl, not to mention the "betting" mechanic of rolling all attacks and defenses of both players simultaneously.

Pete is a hell of a player and sportsman. He is teaching me a lot every game so the credit really goes to him for a clean, enjoyable and teachable experience. Bushido really is an exciting and different game. Try it out if you can.
Posted by Yeti's Yell at 3:29 PM 13 comments: 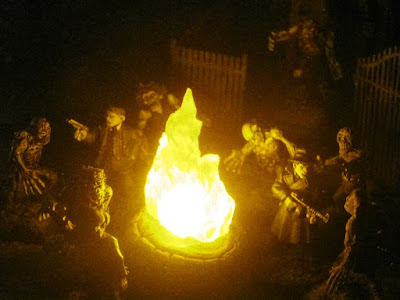 May all of your darkness be the blessings of sleeping gods who dream of your fortune. Unless you are in the Threshold. In which case, you get zombies for Halloween. All of them.
Posted by Yeti's Yell at 1:06 AM 4 comments: