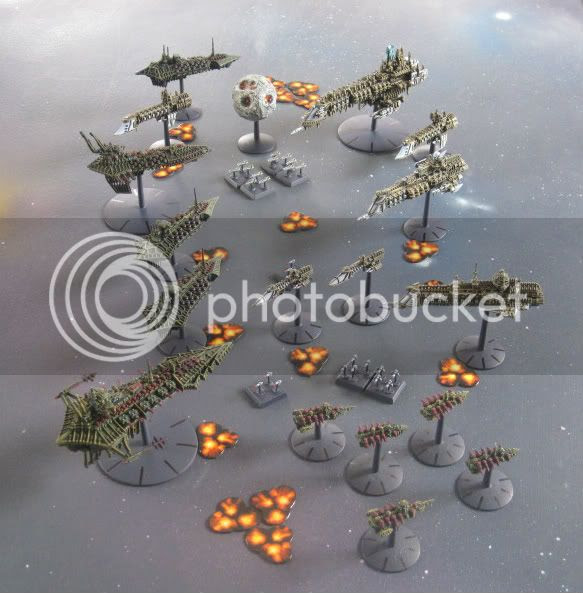 After a few small games I realized that for me, I dislike the Battlefleet Gothic Bearing Compass. I don’t dislike others using it, I just get tired of using the compass and accidentally nudging a model. I tend to use a laser level for movement too, so hash marks seemed smart and could speed up my turn while taking a bit of the fidgetiness out of the game. 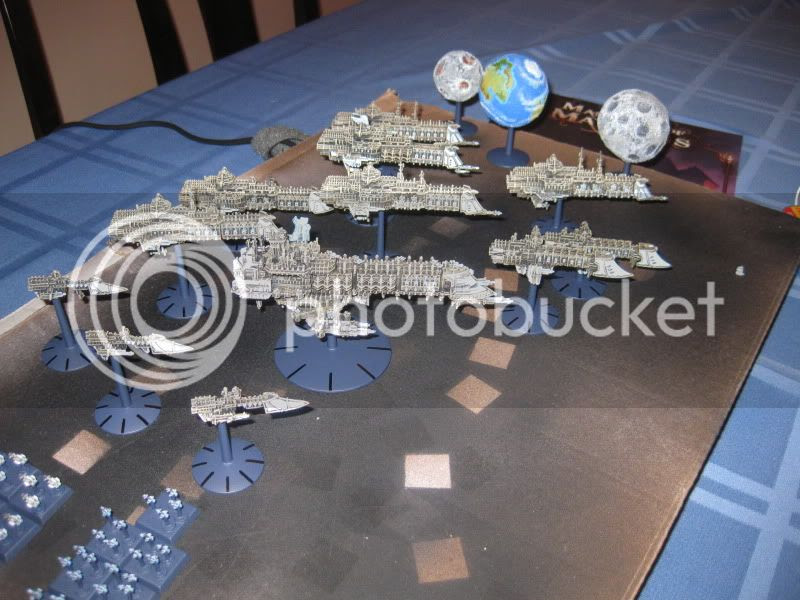 The problem was I have a ton of ships already finished so I had to come up with a way of making the marks in a clean fashion. I played with masking with frisket paper (too risky), print decals (looked bad) and gluing on raised dowel (too laborious.)

In the end I went with a chisel point Sharpie and a template jig I had laid out in Photoshop. 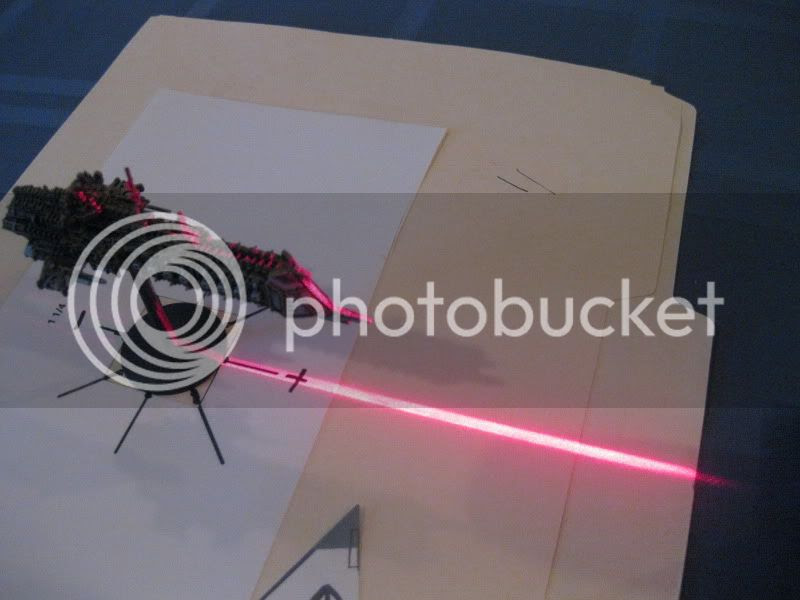 I printed out the template on heavy stock and then cut the square out. I then tacked it to a manila folder.

I connected the lines of the template across the manila, to help line things up better. I made a register’s mark forward, for the bow of each ship.

Using the cut out of the square from the template, I removed one triangle to make a line guide for the marker. I painted it grey-green so I could see the template on the dark base. I put my register marks on there so I could use it on small and large bases. From there, gaming nature took its course. 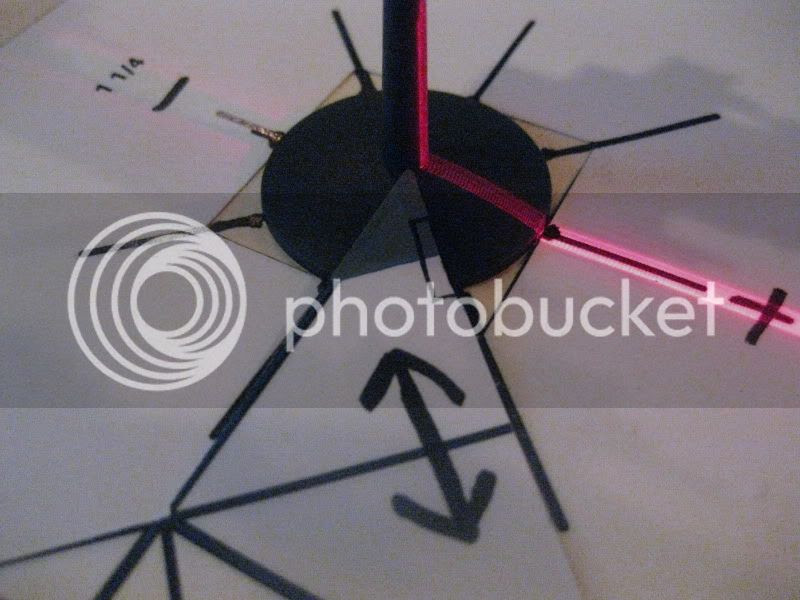 Since the bases were Dullcote'd and matte, the sheen of the Sharpie ink sorta pops but you could dull coat that if you wanted. It occurred to me halfway through the Chaos fleet that I could’ve used a Red Sharpie for a more opaque ink that would’ve been purple over the deep blue of the base. I may do that for the Eldar ships or just keep it consistent, not sure right now.

Overall, I am pleased. I wasn’t crazy about losing some of the blend-in-ability of the bases to the hash marks but they are definitely more enjoyable to use in a game and still look clean enough that it doesn't pull away from the paint jobs too much.

More pics can be found in my Photobucket: http://s2.photobucket.com/albums/y15/ap3xg3rm/General%20BFG/