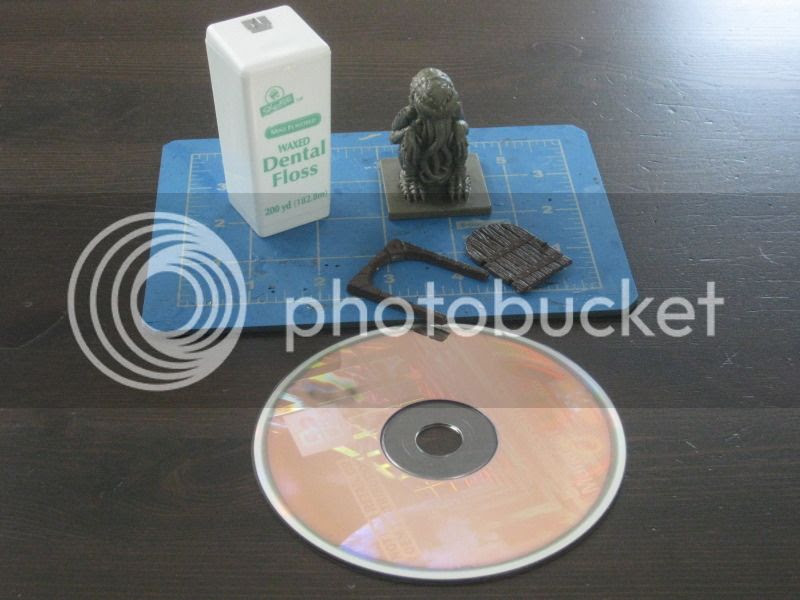 I have 4 Scenes of Horror for Strange Aeons in the works. First up is a scratch built obelisk/monument/mausoleum/crypt entrance/gateway to another dimension, what have you. I realized after I got this together it also sorta looks like an outhouse. I'm with that. 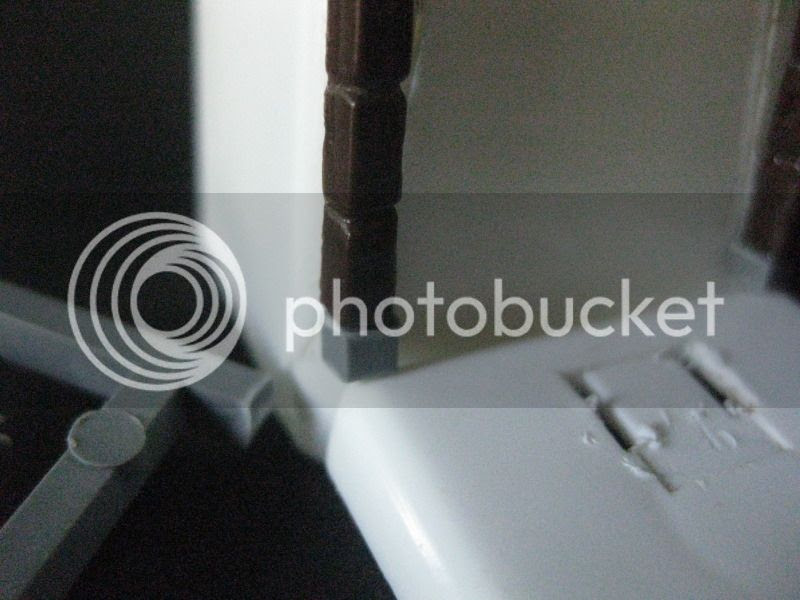 So the layout is evident by the pics. I cut the lid from the dental floss container and used it as a stoop, which was Crazy Glued. I removed the metal bit that cuts the floss too as you see in the pic above. I glued the Advanced Heroquest arch to the wall, allowing for how the door swings out and I had to cut some sprue into bricks for the bottom of the arch. I then spray textured both the stoop and monument with texture paint to hide cracks and add some interest to the deal. 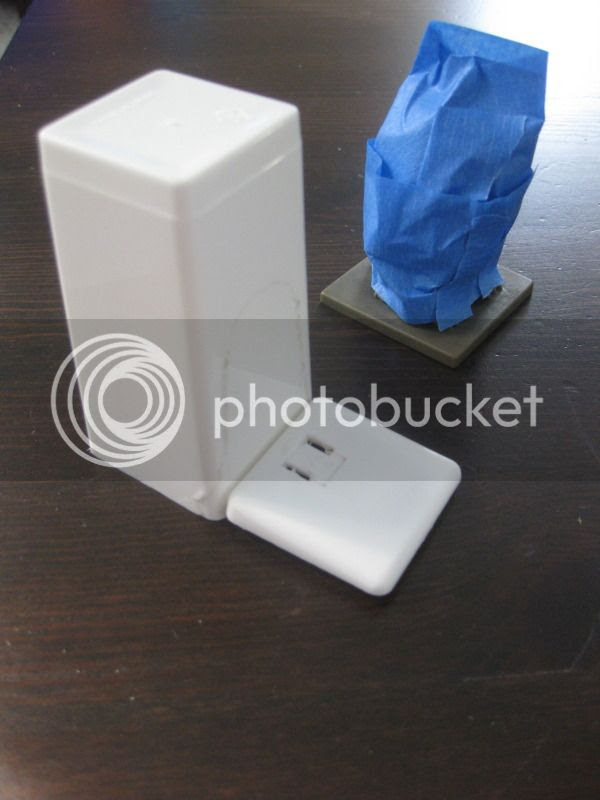 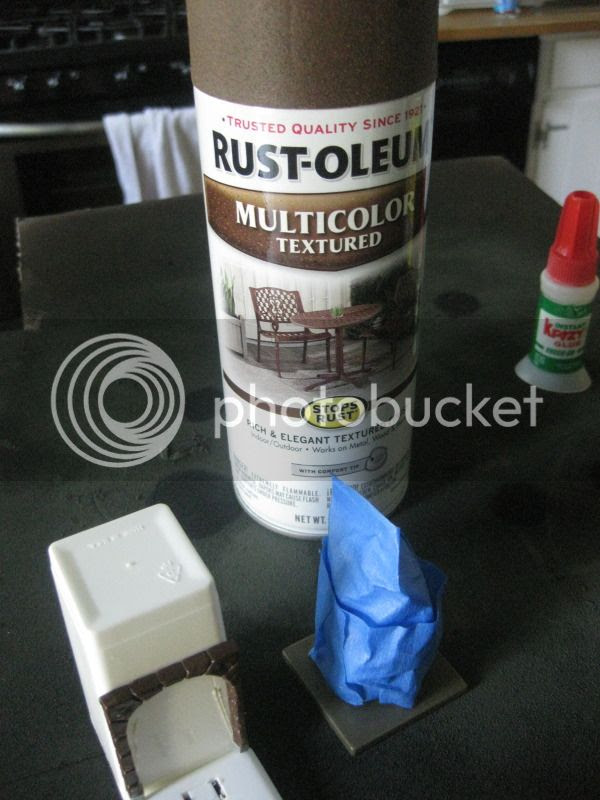 I also masked off the Cthulhu statue and texture sprayed the bottom slab of the stature for a nice unifying look with the rest of the monument. I did two coats.

I cut the stoop tile to run across the threshold and fit flush with the vertical face of the floss container, so there was no gap under the door when it was mounted, then glued that on. I added a tile pad for underneath the monument and glued it all down together.

Note that you should scuff and cut the surface of CD’s beforehand to give coatings some traction, otherwise it could start shedding your glue and paint jobs. Another thing I was surprised to see was that some of the cheap CD's that would be great for Strange Aeons are terrible. The writing sloughed off a few, probably due to cheap label printing. Do yourself a favor and wash them after the scuff and slice, set the aside to dry and see how they look after drying.

Next I trimmed out the base in textured wallpaper. Sometimes it looks good to mount stuff on top of the wallpaper but I didn’t this time for two reasons. First, the monument is literally heavy and could probably rip off the CD since the textured wallpaper is mostly foam and paper so I wanted a bond right to the plastic CD. Second, the monument looks heavier and more sunken, therefore more ancient, when the ground seems above the level of the tile. I cut a few tile out but will paint the underlying area as tile too, to give the illusion that some tiles are really sunken. 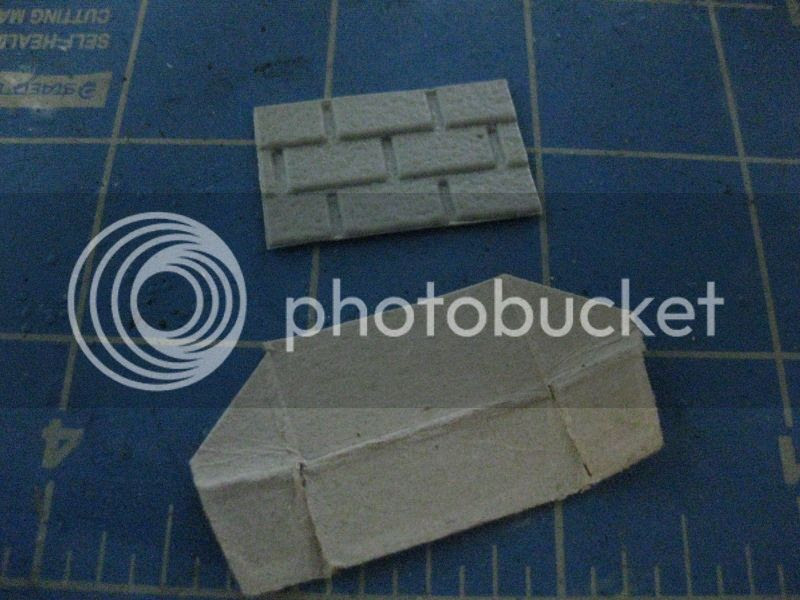 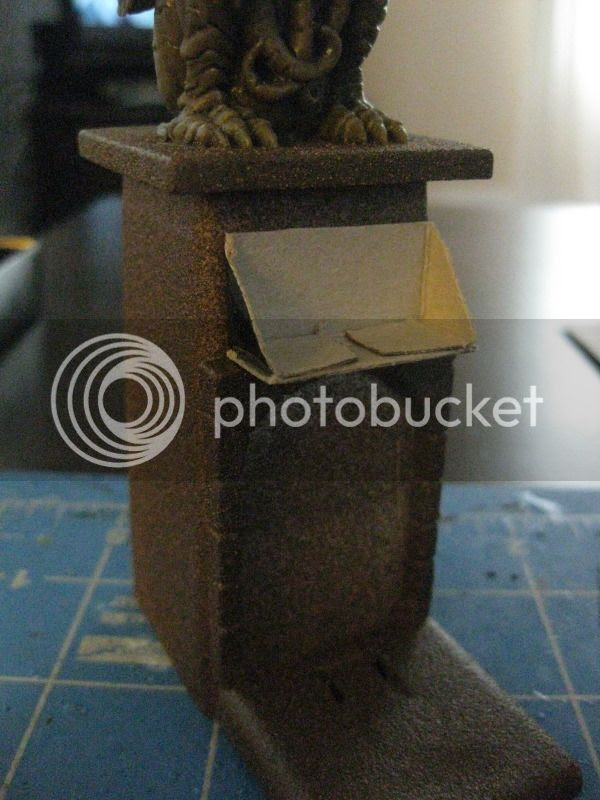 I cut some cardboard as a header for the tile overhang, glued that on and added a molten blob of hotglue to the inside before attaching the roof tile piece, since it needed back filling to grab and secure the tile as the cardboard was too thin and lacked surface area for superglue. 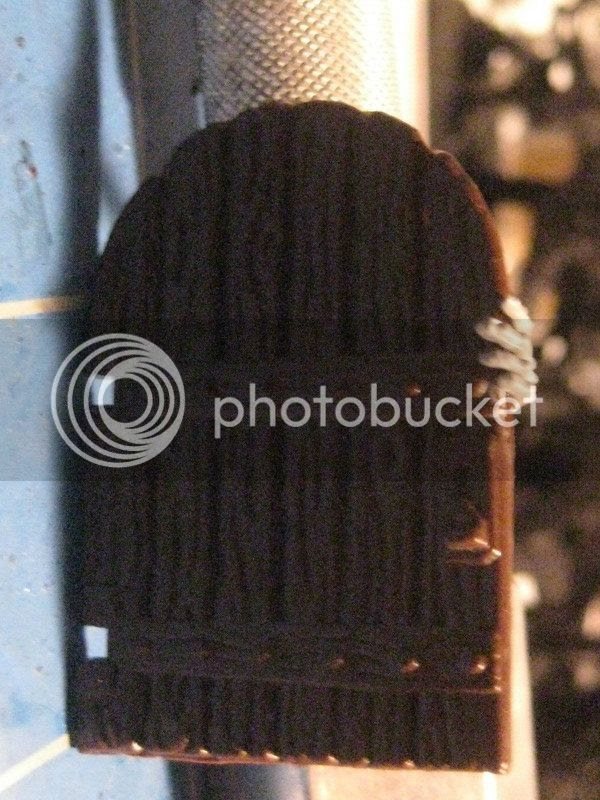 Closing in on the final part of assembly, I trimmed an open zombie hand and glued that to the door, so that once painted and assembled, it will look like something is emerging from inside. I intend on painting glowing eyes inside the door. I had haughty ideas of lighting this nerd up but I have finals the next two weeks so nerts to that. 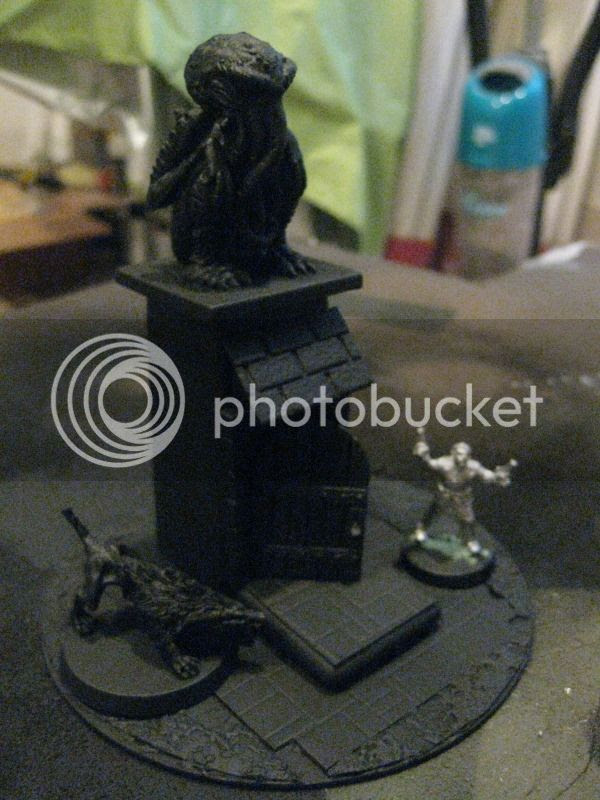 I spray primed the whole project black so if I can just get some paint time I can finish it up. More pics when it is done.
Posted by Yeti's Yell at 8:08 PM