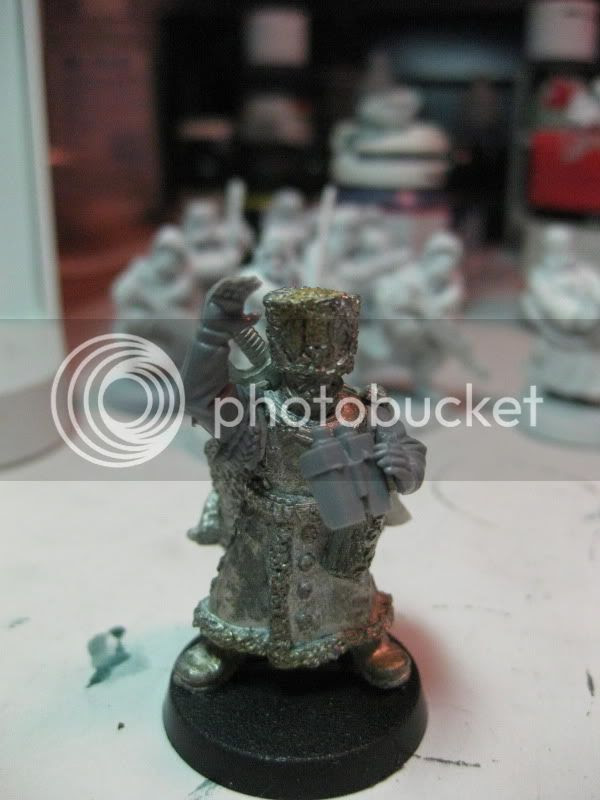 Here's a mock-up of the Valhallan Commander. I used Solar Macharius' cloak for the back. I completed him with the binoculars and arms from the tank commander sprue.

In his previously painted version, he had a plasma pistol and power fist. I've since disassembled and stripped him. This time around I'm looking to give him a power sword and plasma pistol.

I think these bits work becuase:

His arms/hands aren't really styled like the other Valhallans but I'm fine with that. I could bulk them out with greenstuff but I'm on a deadline.

The final model will be trimmed and put together tighter but that's basically it.

Let me know what you think. 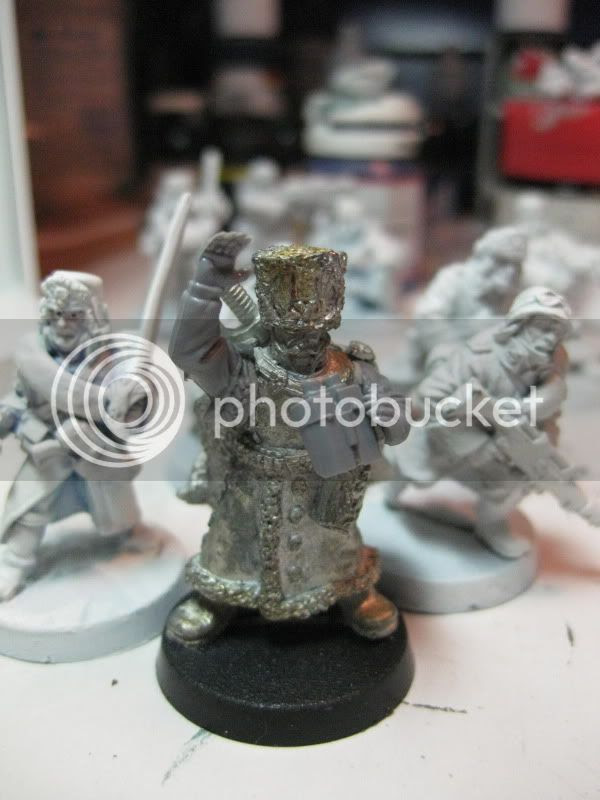 Absolutely no one will ever notice in a meaningful way that the hands are different. It'll be hard to see on the table in an actual game even when pointed out, and even if spotted will be hard to catch (I'm not totally sure how they differ) and totally justifiable as him being a commander, with slightly different back history and resulting accumulated outfit.

Looks good. I totally dig the powersword poking out.