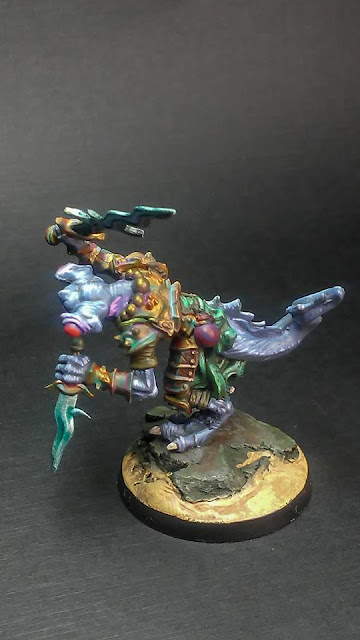 Here's a shark warrior from Metal King Studio. Love the hell out of this jerk, not because of the paint job, but just like his stat line and behavior in the game, he was a handful to manage during fabrication. Here I had primed right over the poster tack I had in the shoulder sockets to dry fit the arms, and later, after he was all painted, his arms sorta melted off, when the crazy glue failed over top of the poster tack beneath. Shark jerk! Check out the Relicblade game! We have been playing this exclusively and loving it to death.

There is an awesome Kickstarter currently going for the next content and minis for this amazing game... be sure to check it out. If you are getting the new stuff to add to your Advocate and Adversary warbands or even starting out in Relicblade from go, this is a great way to pick up the rules and figs you need. You will thank me for it later! And yes, I am a backer getting their own card for the game so you better be ready for a Yeti character in Relicblade!!! 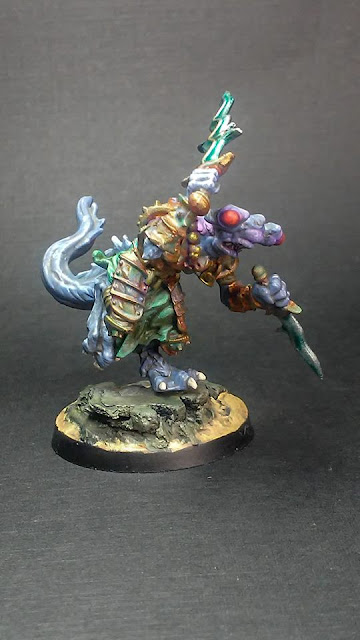 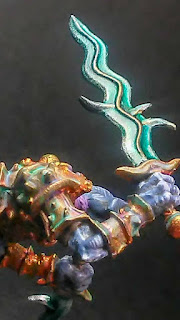 Great article..I am looking so forward to your blogcomment and
I love your page on your post.. That is so pretty..
slotxo

I visit your blog. It is really useful and easy to understand. Hope everyone gets benefit. Thanks for sharing your Knowledge and experience with us.
wordpress
ufa88kh.blogspot
youtube
online slots